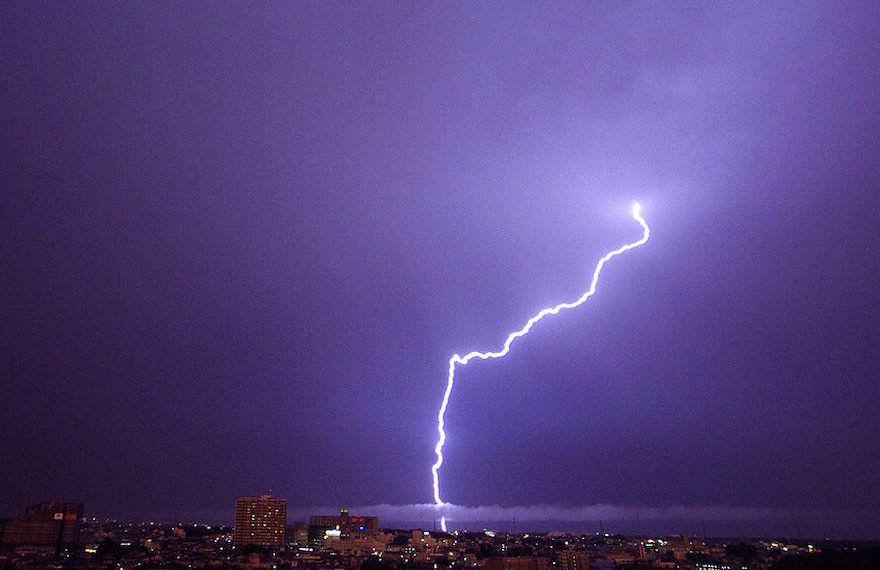 “Lightning damage is an increasing concern for wind power providers,” reported the Washington Post, in the wake of the late-November storm that brought a record amount of snow to the east ends of Lake Ontario and Lake Erie. “Like any tall structure, a wind turbine can serve as a strike point for a downward-propagating lightning flash.”

But “as turbines grow taller, they appear more likely to trigger upward-propagating flashes that extend from the turbine into a storm, rather than vice versa.”

The lightning strikes can lead to substantial losses for the wind power industry. In the second quarter of 2020, turbine manufacturer Vestas paid out roughly $200 million for claims related to lightning-related turbine damage. Now, thanks to the November 20 snowstorm that featured dozens of lightning flashes, researchers have gathered valuable data to help understand the predominance of turbine-triggered flashes—rather than the usual downward-propagating strikes—in snow bands around wind farms.

“It was the most lightning I’ve ever seen in lake effect snow,” said State University of New York at Oswego (SUNY Oswego) meteorology professor Scott Steiger, who co-directs Project LEE, a study of lake-effect electrification.

Nearly a decade ago, Steiger had been part of the Ontario Lake-effect Systems (OWLeS)—a snow band data-gathering project that surprised researchers by showing that most of the lightning associated with snowfall happened inland, rather than near and off the lakeshore. Now-retired professor Robert Ballentine noticed at the time that a nearby wind farm seemed to coincide with the location of peak inland lightning.

OWLeS inspired Project LEE, which uses a Doppler on Wheels mobile radar unit and other weather tracking technology to help researchers connect lightning formation to precipitation processes. Project LEE’s next step is to use the data to map out more precisely how lightning is triggered within snow bands.