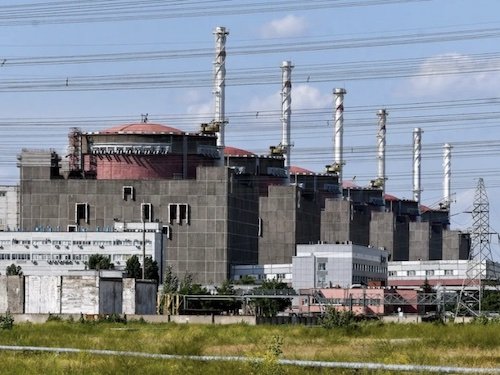 Millions of Ukrainians remained without power amid freezing temperatures over the weekend, after Russia rained missiles down on civilian infrastructure in what was called a bid to “freeze the country into submission.”

A devastating series of Russian attacks left much of Ukraine without power last week. Though workers have been racing to repair key infrastructure, millions of people in and around Kyiv struggled with the disruptions, reports Reuters.

“That’s the Russian formula of terror,” Ukrainian President Volodymyr Zelenskyy told a UN Security Council meeting last Wednesday, noting that more than 70 Russian missiles had been fired at Ukraine that day. “This is all against our energy infrastructure… Hospitals, schools, transport, residential districts all suffered.”

Russia has repeatedly targeted Ukraine’s electric power and heating infrastructure since October. The United States ambassador to the United Nations, Linda Thomas-Greenfield, said Russian President Vladimir Putin was “clearly weaponizing winter to inflict immense suffering on the Ukrainian people,” adding that Putin “will try to freeze the country into submission.”

Earlier in the month, officials were forced to shut down the Zaporizhzhia nuclear plant after shelling hit dangerously close to some of its reactors, sparking fears of a nuclear catastrophe. It was not clear where the shelling originated, according to news reports, but whoever fired on the plant was taking “huge risks and gambling with many people’s lives,” said Rafael Grossi, director general of the International Atomic Energy Agency.

“We are talking metres, not kilometres,” he added.

Three other nuclear power plants were shut down last week, along with most of Ukraine’s fossil and hydroelectric power plants. Radiation levels at all nuclear sites remained normal, said Ukraine’s state nuclear power operator Energoatom, but the entire Kyiv region was left without electricity.

Zaporizhzhia has been in Russian hands since March, and is a volatile element of Putin’s strategy to annex the region—made more dangerous by nearby military operations, writes Anastasiya Ringis, a Ukrainian journalist temporarily based in Ottawa.

The largest nuclear power plant in Europe, Zaporizhzhia generates up to 20% of Ukraine’s electricity. Russia has kidnapped personnel at the plant to keep it operational, and Ukrainian officials claim the plant has been turned into a military base, Ringis says. Russia has since been working to cut the plant off from Ukraine’s grid, and Ukrainian intelligence suggests Moscow plans to reroute the power to Crimea.

“The Zaporizhzhia plant is unique in that it uses both Russian and American nuclear fuel,” Ringis writes. “This is because of the U.S.’s years-long efforts to free Ukraine from Russia’s fuel monopoly.”

Ukraine’s experiment with nuclear fuel from U.S.-based Westinghouse was so successful that Energoatom had planned to abandon Russian fuel altogether, officially declaring it would do so in March.

But that was a problem for Rosatom, Russia’s state nuclear energy corporation, which would not only lose its Ukraine market, but could see follow-on impacts on its contracts with Slovakia, India, and China if they followed suit.

“In the context of Moscow’s desire to protect its market position by destroying data about the success of a competitor, its obsession with the Zaporizhzhia plant—with its huge caches of operational data and Westinghouse knowledge—becomes almost logical,” Ringis says.

“It’s clear the Russians have planned this out,” she adds. “They have systemically destroyed grid infrastructure linking Ukraine’s three remaining power plants with their customers.”

There are now signs that Russia may be planning to leave Zaporizhzhia. “Such a move would be a major battlefield change in the partially-occupied southeastern Zaporizhzhia region where the front line has hardly shifted for months,” reports Reuters.