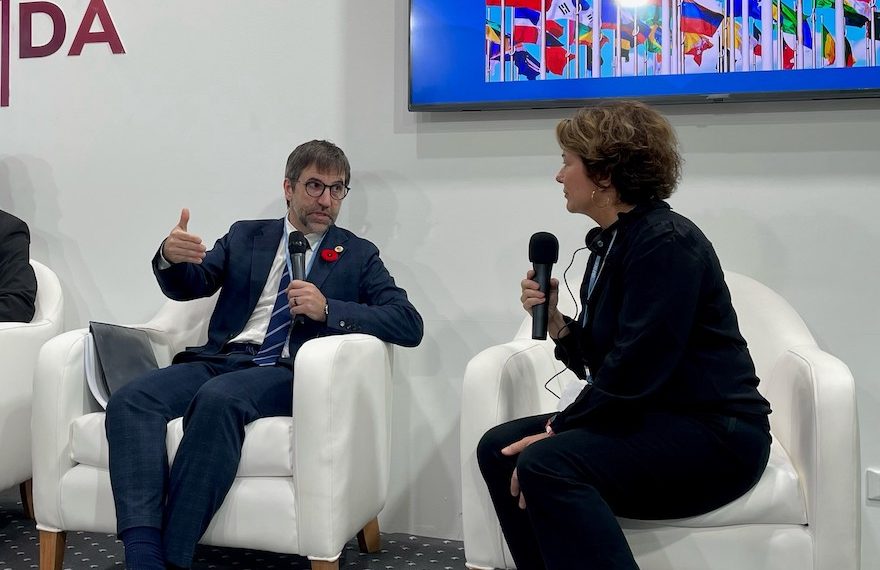 All big emitters—including China and Saudi Arabia—must contribute to a new global fund to compensate developing countries for the losses and damages they incur from climate change, Environment Minister Steven Guilbeault said toward the end of the COP 27 climate summit in Egypt.

The call, which originated in a proposal from the European Union, would shift traditional divides in global climate responsibilities between the wealthiest countries, which have historically emitted the largest amounts of greenhouse gases, and developing and emerging economies, The Canadian Press reports.

The developed world is usually required to do more to curb emissions, and to help finance those efforts in the developing world. It has been a massive problem getting buy-in for climate efforts in countries such as Canada and the United States, where some leaders say it’s unfair that China doesn’t have to do as much heavy lifting.

China, whose economy has only exploded in the last 25 years, is usually considered a developing country, as are some of the richest oil states, including Saudi Arabia and Qatar.

But Guilbeault said the state of the world is not what it was when the UN climate framework was signed 30 years ago in Brazil.

The issue is mainly about who will finance a new loss and damage fund that would essentially see wealthy countries compensating developing countries for the harms of climate change.

The COP 27 climate talks were the first UN climate negotiations to include efforts to create such a fund. Europe proposed that the lineup of countries required to contribute should expand beyond the traditional list and include countries such as China. Canada agrees.

“We believe that the funds should include all large emitters,” said Guilbeault.

China’s contribution shouldn’t necessarily be on par with other developed countries, he added, but it should still have to give something.

The Association of Small Island States has also pushed for China and India to be included.

In a statement, a group of 24 countries that call themselves the “Like-Minded Developing Countries Group” accused Europe and Canada of trying to shift the burden for loss and damage off themselves. The Chinese government has said any contribution it makes must be voluntary.

Scott Moore, director of China programs and strategic initiatives at the University of Pennsylvania, said China’s emissions have grown so much that there is diminishing credibility for the argument it is less culpable for climate change than countries that have been industrialized longer.

Data suggest the U.S. accounts for about one-fifth of cumulative greenhouse gas emissions since the industrial era began, while China is second at about half that amount.

Canada sits in 10th place at 2.6% of cumulative emissions.

But Moore, who worked extensively on the Paris climate agreement in 2015 when he served at the U.S. State Department, said the push to include China and others in the loss and damage contributions is a bit of a deflection.

“There is a reluctance, which has been there since the beginning, of rich countries like Canada, or other advanced industrial countries, to accept too much direct responsibility or liability for loss and damage,” he said. “It’s a way to deflect and dilute the loss and damage claim.”

Canada’s call for China to do more comes as relations between the two countries are in shambles following years of diplomatic rows. It also comes as the two countries prepare to jointly host negotiations toward restoring natural habitats and slowing species decline at the UN biodiversity summit in Montreal next month.

This report by The Canadian Press was first published November 18, 2022.