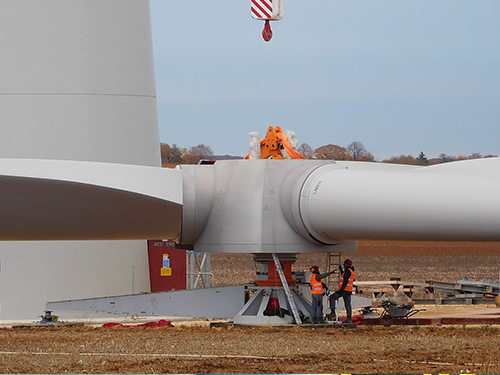 Emera Inc., the parent company of Nova Scotia Power, is putting capital spending on clean energy projects in the province on hold as it works through the consequences of a government-imposed rate cap.

In a conference call earlier this month to discuss the power utility’s latest financial results, Emera CEO Scott Balfour said that while the company will continue to make investments in safety and reliability of its network, it won’t be able to spend on other projects in the province due to the cap, The Canadian Press reports.

“The last capital plan included C$500 million in planned investment in the Eastern Clean Energy Initiative, including the Atlantic Loop, to fund new wind generation, transmission, infrastructure upgrades, and battery storage to help facilitate the transition away from coal-fired generation,” he said.

“Given the restrictions imposed by Bill 212, these cleaner energy investments have been forced to be put on hold as our capital investments at Nova Scotia Power are now required to only focus on maintaining system reliability.”

The company had applied for a nearly 14% rate hike over two years with the provincial regulator earlier this year, but the province stepped in and passed legislation to limit the power rate increase to 1.8% over the next two years, excluding increases linked to fuel costs.

The changes to the Public Utilities Act also took aim at the utility’s profit by preventing the regulator from approving a rate of return on equity any higher than 9.25%, compared with the up to 9.5% Nova Scotia Power had requested.

Nova Scotia Premier Tim Houston said last month on Twitter his government would “take the necessary steps to protect you from unfair rate increases while helping to ensure your lights stay on.”

However, Emera says the restrictions means it won’t be able to invest in what it called decarbonization efforts in Nova Scotia, even as it does so elsewhere in its business.

“We remain deeply concerned about the long-term impacts of this legislation to Nova Scotia Power customers as it delays the clean energy transition and will ultimately result in higher, not lower, costs for customers,” Balfour said.

Both Nova Scotia and New Brunswick have committed to phasing out their coal-fired generation by 2030, while Nova Scotia has enshrined in law its goals to reduce greenhouse gas emissions to at least 53% below 2005 levels by 2030 and achieve net-zero emissions by 2050.

The Atlantic Loop is a proposed $5-billion transmission megaproject which would give the region more access to Labrador and Quebec hydroelectricity, but was recently put on pause by Emera’s reaction to the rate cap.

Operating revenue totalled nearly $1.84 billion for the quarter ended September 30, up from nearly $1.15 billion in the same quarter last year.

Balfour said the growth in the company’s earnings was principally driven by continued strong performance from its utilities in Florida.

This report by The Canadian Press was first published November 11, 2022.