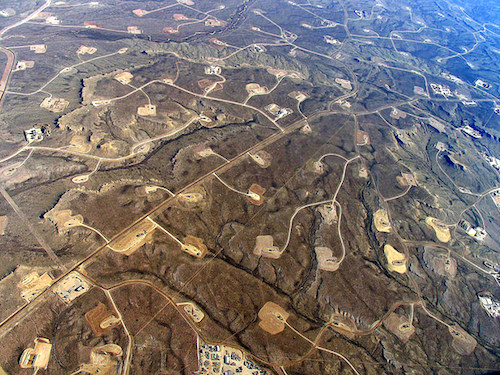 Fracking is being pegged as the likely cause of several earthquakes over the past two weeks, including two just a kilometre apart in northern British Columbia and one in west Texas that was the largest ever recorded in the region.

“There is an active hydraulic fracturing operation nearby,” said Prof. Honn Kao, a research scientist with the Geological Survey of Canada, referring to the earthquakes in B.C. “The likelihood of these two events being induced by industry is very high.”

Fracking is a process for extracting natural gas from rocks by fracturing them with fluids under high pressure. The B.C. Oil and Gas Commission (BCOGC) says fracking in B.C. can take place deeper underground than in other parts of the world, sometimes reaching more than four kilometres below the surface. A BCOGC website on “induced seismicity” explains that the process can create “microseismic events” and “in some cases, where there is a susceptible pre-existing fault, slippage on the fault plane can occur.”

On November 11, Earthquakes Canada recorded the first B.C. quake—which registered at a 4.7-magnitude—132 kilometres northwest of Fort St. John. A second, 4.6-magnitude tremblor happened just four days later, and only about a kilometre away from the first one, says CBC.

BCOGC issued an announcement after the first quake that the company fracking in the area had suspended all fracking activity, but then resumed operations. While neither quake was strong enough to destroy critical infrastructure, both were larger and closer together than other fracking-related quakes in the region.

“It certainly should be considered significant because, with a 4.6 or 4.7 earthquake, we’re essentially reaching the upper limit [of magnitude] of what we’ve observed over the past decade in Western Canada,” Kao said. “To have two bigger events occurring within a week in the same area is telling us something.”

In west Texas, meanwhile, a 5.3-magnitude earthquake on November 16 shook the town of Mentone, near the Permian Basin, which sees more fracking than any other fossil fuel site in the world. The quake was the largest ever recorded in the region’s history. ConocoPhillips and other drillers in the Basin felt its impact but it did not cause any reported injuries or damage, said Texas state lawmaker Eddie Morales, who represents part of the region at the state capitol in Austin.

Roughly 1,000 earthquakes at magnitudes 2.5 and larger have occurred within 31 miles (50 kilometres) of the Mentone site. The November 16 quake was greater than a magnitude-5 that happened just north of the area in late March, 2020, reports Bloomberg News.