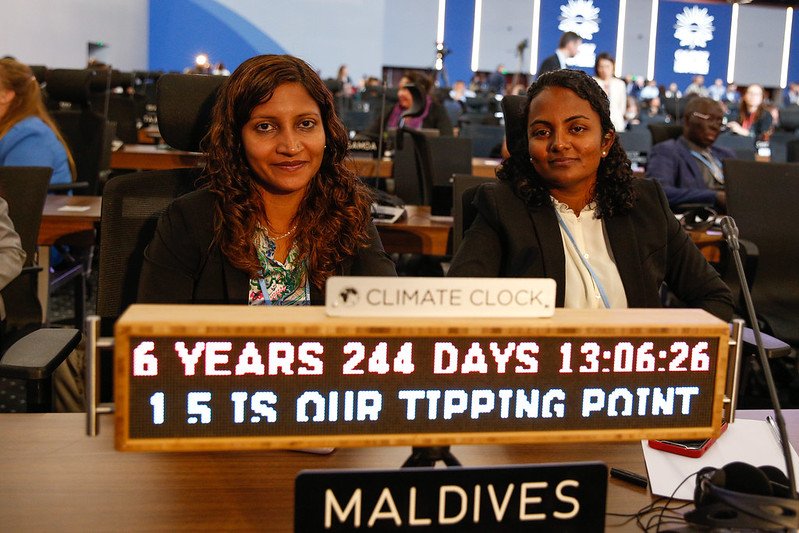 A landmark victory on loss and damage funding was muted when COP 27 delegates realized they’d adopted a final declaration placing natural gas at the centre of the transition off carbon.

That language was a “surprise last-minute addition” to the conference declaration that “dulled the sense of triumph for activists who had hailed the major achievement of this two-week U.N. climate summit—the first-ever global agreement calling for creation of a new global fund to pay for climate damage afflicting less-wealthy countries,” E&E writes. The news broke not long after media speculation that Egypt had set aside its neutral, enabling role as COP President to serve the interests of its petro-state neighbours.

Read yesterday’s Energy Mix Weekender for another account of the COP closing plenary, what it means for climate progress, and what’s next.

“People in the summit meeting hall broke into loud applause and hugged when organizers announced the deal on climate payments, after an arduous final day and night of negotiating,” E&E recounts. “Only later did people read the complete final text, which had been prepared by the summit’s Egyptian hosts. That text included a message that ‘low-emission’ energy should be part of the world’s response to rising seas and searing heat waves.”

The reference “was slipped into the final version of the deal at the very last minute,” the news report adds. “Moments before delegates accepted the text, several negotiators POLITICO spoke to had not noticed the change.”

But the impact and the intent were clear, even in the nuanced language of a UN climate conference.

“Not necessarily, no,” replied Egyptian diplomat Wael Aboulmagd, when asked by reporters whether “low-emission” included gas. “It depends because every country is going to have to utilize whatever sources of energy it has until it makes the transition,” he added.

The issue blew up “amid widespread criticism that COP27 was shaped by the presence of fossil fuel industry representatives,” Bloomberg News reports. “At the same time, major hydrocarbon producers such as Saudi Arabia blocked language that would have called for a plan to phase out oil and gas.”

“The influence of the fossil-fuel industry was found across the board,” said European Climate Foundation CEO Laurence Tubiana, an architect of the 2015 Paris agreement. “The Egyptian Presidency has produced a text that clearly protects oil and gas petro-states and the fossil fuel industries—this trend cannot continue in the United Arab Emirates next year.”

But “there’s now concern that COP28 will take a dangerously soft stance on fossil fuels, with its host, the United Arab Emirates, being a major hydrocarbons producer and a member of the Organization of the Petroleum Exporting Countries,” Bloomberg says.

A First Step to Build Trust

Coming at the end of a two-week slog that was widely described as the worst UN climate conference ever, the dramatic decision on the loss and damage fund was a major victory that had been delayed for decades.

“A mission 30 years in the making has been accomplished,” said Antigua and Barbuda Environment Minister Molwyn Joseph, chair of the Alliance of Small Island States (AOSIS). “Our ministers and negotiators have endured sleepless nights and endless days in an intense series of negotiations—but after the pain comes the progress.”

“We have struggled for 30 years on this path and today, in Sharm el-Sheikh, this journey has achieved its first positive milestone,” added Pakistan Climate Minister Sherry Rehman. “The establishment of a fund is not about dispensing charity. It is clearly a downpayment on the longer investment in our joint futures.”

In a video statement toward the end of the meeting, UN Secretary General António Guterres cast the fund as a step to rebuilding trust between developed and developing nations—but still just a first step. “A fund for loss and damage is essential,” he said. “But it’s not an answer if the climate crisis washes a small island state off the map, or turns an entire African country to desert.”

“By taking this step in solidarity with climate-vulnerable countries, the U.S. and other rich countries have begun to restore the trust and credibility necessary for nations to tackle this global challenge together,” added Rachel Cleetus, climate and energy policy director at the Union of Concerned Scientists.

Trust at What Cost?

But “even with this landmark agreement in place, skepticism remains,” Bloomberg News reports. “To many, getting the fund was a bitter victory. Efforts by the European Union, the UK, and small island nations to secure stronger commitments on cutting greenhouse gas emissions failed. And attempts to have nations agree to peak global emissions by 2025, or a phasedown of all unabated fossil fuels, also fell flat.”

A visibly angry Alok Sharma, who chaired last year’s COP 26 conference in Glasgow, pointed to all the provisions he’d fought for as COP president that were either dropped from this year’s decision or watered down.

The resulting COP decision “is not enough of a step forward for people and planet,” agreed EU Executive VP Frans Timmermans. “It does not bring enough added efforts from major emitters to increase and accelerate their emissions cuts.” He added that “the world will not thank us when it hears only excuses tomorrow,” faced with a “yawning gap” in the action needed to get climate change under control.

“It is more than frustrating to see overdue steps on mitigation and the phaseout of fossil energies being stonewalled by a number of large emitters and oil producers,” said German Foreign Minister Annalena Baerbock.

“Why are we celebrating loss and damage when we have failed on mitigation and adaptation?” asked Aminath Shauna, environment minister for the Maldives, the world’s lowest-lying nation. “We are just a metre above sea level—I want my two-year-old daughter to live in the Maldives.”

And meanwhile, the framework decision to establish the fund left open key issues about how it will operate, who will qualify, and where the money will come from. Delegates handed those questions off to a working group that will report back to next year’s COP 28 summit in Dubai.

Given rich countries’ sketchy track record for keeping the promises they make at UN climate conferences, “what we have is an empty bucket,” said Power Shift Africa Director Mohamed Adow. “We need money to make it worthwhile.”

Taken as a whole, “the loss and damage deal agreed is a positive step, but it risks becoming a ‘fund for the end of the world’ if countries don’t move faster to slash emissions and limit warming to below 1.5°C,” said WWF Global Climate and Energy Lead Manuel Pulgar-Vidal, a former Peruvian environment minister who chaired the COP 20 summit in Lima. “We cannot afford to have another climate summit like this one. It is unacceptable that negotiators have failed to reach a more ambitious agreement than that agreed in Glasgow last year.”

He added that “future COP presidencies can’t squander the opportunity. Despite this outcome, governments must redouble their efforts to reduce emissions and take the necessary transformative action to keep warming to below 1.5ºC. The COP 28 climate summit next year must be the COP of climate credibility. And countries must deliver.”