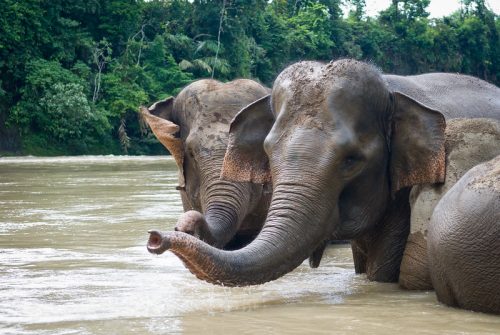 The 2015 Paris agreement legally bound the world to keep global warming “well below” 2.0°C. Now its architects say nature needs a similar treaty, arguing that without urgent action to protect ecosystems, there will be no hope of accomplishing the Paris mission.

“Only by taking urgent action to halt and reverse the loss of nature this decade, while continuing to step up efforts to rapidly decarbonize our economies, can we hope to achieve the promise of the Paris agreement,” said Christiana Figueres, Laurence Tubiana, Laurent Fabius, and Manuel Pulgar-Vidal—each of whom had a hand in designing the Paris document—in a joint statement released at COP 27 in Egypt.

They added that the COP 15 biodiversity conference in Montreal this December will be an “unprecedented” opportunity to turn the tide on nature loss, reports the Guardian.

“Leaders must secure a global agreement for biodiversity which is as ambitious, science-based, and comprehensive as the Paris agreement is for climate change,” their statement reads. “Like the Paris agreement, it must encourage countries to pledge and also ratchet up their action commensurate with the size of the challenge.”

Humanity’s “accelerating destruction of nature is undermining its abilities to provide crucial services, including climate change mitigation and adaptation,” the Paris architects added. “As with climate change, it is the most vulnerable communities who bear the greatest impacts of biodiversity loss, from loss of food security and livelihoods to decreased climate resilience.”

The agreement “must be inclusive, rights-based, and work for all.” And it must deliver immediate action on the ground, because “our future depends on it.”

Describing a Paris-like biodiversity agreement as “urgent and necessary,” Johan Rockström, director of the Potsdam Institute for Climate Impact Research, said the 1.5°C limit willsurelybe breached if humanity fails to prioritize the restoration and protection of nature.

To have half a chance of achieving 1.5°C and thus limiting tipping-point risks, global emissions must be halved by 2030 and reach net-zero by 2050. “Critically, these pathways rely on the continuing capacity of nature to operate as a carbon sink and to buffer against the worst impacts of climate change,” , Rockström said, adding that “1.5°C is not a goal, it is a biophysical limit.”

A draft of the proposed agreement, known as the post-2020 biodiversity framework, was discussed last week in Sharm el-Sheikh at a COP session co-hosted by Canada and China. Ministers from 30 countries discussed “sticking points” in the text, writes the Guardian, with financing looming large.

Though national leaders are being urged to cooperate to bring Paris-style protections to nature, those leaders may not themselves be in attendance at the Montreal meetings. Meant to be organized by China this year, COP 15 was moved to Canada after several pandemic-related delays. “No world leaders have been invited by Beijing amid fears they are trying to downplay the event so as not to embarrass [Chinese President] Xi Jinping, who is not expected to attend,” the Guardian writes.

Canada, Other Countries Urged to End Fossil Financing, Shift $28B Per Year to Clean Energy