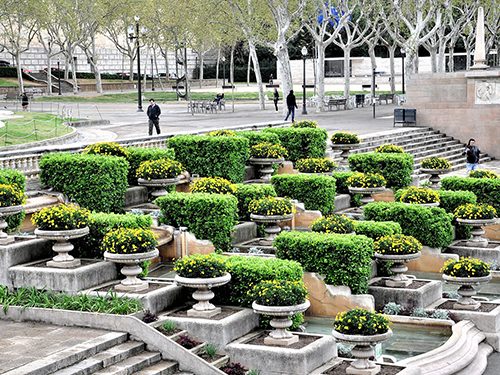 Mainstreaming climate action into city financial systems, applying a climate budget to all decisions, and encouraging private sector investment in climate adaptation are strategies that all municipalities, regardless of their situation, can implement to unlock green financing, says C-40 Cities.

“The level of finance flowing to cities falls far short of what is needed to enable adequate climate investments,” especially in emerging economies in Global South, the organization writes.

But there are strategies that every city, regardless of its situation, can deploy to unlock green financing, says the network, comprised of mayors from nearly 100 cities worldwide with a mandate to collaborate on climate action.

The first strategy is to “mainstream” emissions reduction and climate adaptation into city financial systems, a move that “will help increase the scale and pace of investment in the short-term, transition investment and operating budgets, and avoid the longer-term lock-in of high-carbon, climate-vulnerable infrastructure.”

So climate-smart principles should be “integrated into CIP decision-making processes and ultimately backed by a legislative mandate that formally institutionalizes this.”

The network adds that evidence-based emissions reduction targets and yearly emission caps should be “incorporated into the city’s main budgeting process, holding all parts of government accountable for their climate impacts and progress reports.” At a practical level, a climate budget should mean only approving spending that has a “realistic chance of reducing GHG emissions.”

First, cities should “raise awareness about locally relevant climate hazards and their expected harm to the city and its economy.” Second, they should “clarify the business opportunities and advantages associated with adaptation investment.” And then, they need to “reduce risk and subsidize climate projects with public funds wherever possible.”

C-40 Cities cites Toronto’s Eco-Roof Incentive Program, which “has subsidized the installation of green and cool roofs since 2009,” as a positive example of private-public collaboration.