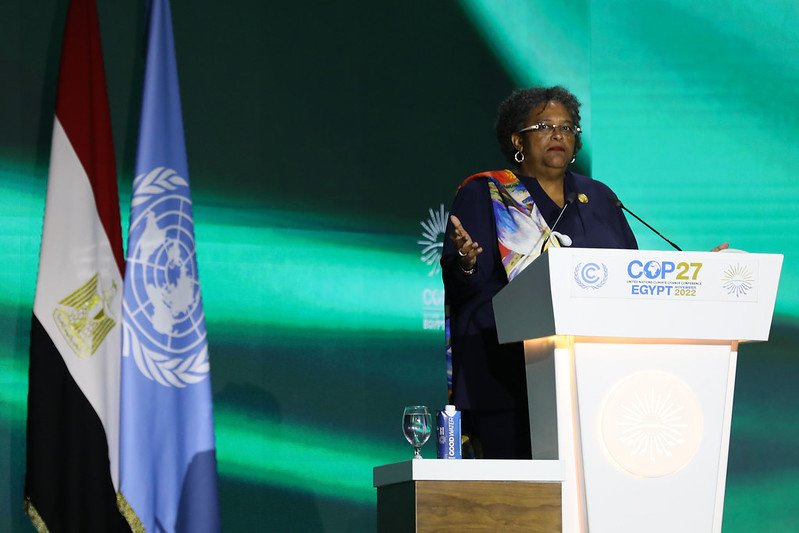 Only seven of 111 key world leaders attending the COP 27 climate conference are women—a concerning disparity, given that women are typically at the centre of mitigation, adaptation, and survival efforts on the ground.

“The impacts of climate change are unequal and affect vulnerable women the most,” says Island Innovation in an email bulletin about Gender Day, a thematic discussion topic meant to “shed light on the woman’s role in adapting to climate change” as negotiators start their second week at the UN summit in Sharm el-Sheikh, Egypt. “In the Pacific region, for example, a large proportion of women derive their livelihoods from climate-sensitive agriculture and natural resources, which makes them even more sensitive to the climate crisis.”

Moreover, “women form the majority of the world’s 1.9 billion people who live in poverty,” says Salina Sanou, head of programs for the Panafrican Climate Justice Alliance (PACJA), in a video posted to the Island Innovation bulletin. “Then why don’t we have statistics on global southern women’s access to climate finance?”

Part of that answer is the absence of women at major climate talks, Island Innovation says, noting there is “still a lack of women as key actors” and that “gender considerations in decision-making are still not a priority for many governments.”

Even so, as “powerful agents of change,” women “continue to make significant contributions to fight climate change from both mitigation and adaptation angles,” the bulletin adds. Women have proven vital in risk-management and disaster response, and “are also active in conservation and sustainable management of natural resources.”

To redress the systemic problem of gender disparity, some lead agencies and governments in islands like Vanuatu, Fiji, and Tonga have started including “gender mainstreaming strategies” in climate change and risk reduction policies. “Gender mainstreaming is a strategy that has been adopted internationally with the goal of achieving gender equality,” Island Innovation explains; it involves assessing the implications for all genders of any planned action, be it legislation, policies, or programs.

“It is crucial to apply a gender analysis to all actions on climate change, and to consult gender experts in climate change processes at all levels” to address specific needs and priorities.