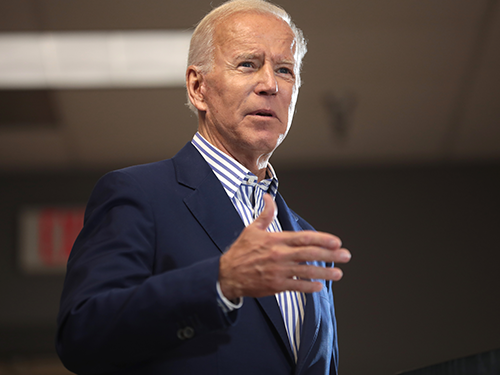 With the partisan tilt of the next U.S. Congress still uncertain nearly a week after midterm elections last Tuesday, a few things are clear: there was no “red wave” propelling Trump-friendly candidates into office, a strong youth vote was a decisive factor in the election result, and climate action was a winning issue for campaigns in several key U.S. states.

Even a small, essentially ungovernable Republican majority in the House of Representatives could still slow down the Biden administration’s climate agenda, Politico reports. And in Sharm el-Sheikh, Egypt, last week, White House climate envoy John Kerry said Republican control could imperil the US$11.4 billion in international climate finance that Biden has promised by 2024.

“If what I think will happen in today’s elections happens and the House is gone, you’re not going to see that money,” Kerry said Tuesday, during a climate adaptation panel at the COP 27 climate summit.

But less than a week later, climate hawks in the U.S. and elsewhere were enthusing that the expected “red wave” was much closer to a green one, with Trump-endorsed extremists defeated in many key races and a number of candidates swept into office with mandates for climate action.

“While control of Congress is still being determined, one thing is certain: the massive climate-friendly investments in the Inflation Reduction Act (IRA) are here to stay,” said Dan Lashof, U.S. director at the World Resources Institute. “Some members of Congress may attempt to slow down how clean energy investments are rolled out, but they have absolutely no chance of repealing this major climate legislation. The tax incentives for wind and solar energy, energy-efficient appliances, and electric vehicles will continue to benefit everyday Americans.”

Those measures “will drive U.S. emissions down for years to come,” Lashof added, “and more ambitious efforts from states, cities, and businesses can get the United States even farther towards reaching its climate goals.”

As The Energy Mix went to virtual press Sunday evening, Democrats were sure to retain a narrow majority in the U.S. Senate after Sen. Catherine Cortez Masto was re-elected in Nevada. The last remaining seat will be decided in a run-off election next month after Sen. Raphael Warnock fell just short of the 50% popular vote he needed to win the race. (For more on how the U.S. Senate works, and the difference a 51st seat would make for the majority party, the @What46HasDone Twitter handle has this deeper dive.)

But the news that has shocked pundits and prognosticators is that control of the U.S. House of Representatives is still unknown, with ballot counting still under way and the result too close to call in nearly two dozen of the 435 House seats.

Days before the vote, House Republican leader Kevin McCarthy (R-CA) had predicted “a perfect storm” in his party’s favour, with polls suggesting a gain of about 30 seats. “I call this a hinge election,” he told the New York Times. “This is the year that you go take market share.”

Now, the Times says, “his party is limping toward the 218 seats needed to win control of the House, a majority so tenuous it could make governance next to impossible.”

What the U.S. Does Next

With the votes in key electoral districts still being counted, Politico’s morning-after analysis broke down the political priorities to expect if (as still seems likely) the House majority flips.

“Republicans have vowed to use their new power to boost fossil fuels, haul in Biden administration officials for oversight hearings, and undermine the Inflation Reduction Act’s climate programs,” the publication stated. “How successful they’ll be hinges on how much power they amass when all the votes are counted. But a GOP-controlled House doesn’t need a Senate counterpart to throw a wrench in Biden’s climate wheels.”

On the other hand, a burgeoning (and job-creating) renewable energy sector might have something to say about that.

“It’s worth pointing out that Republican-controlled regions stand to benefit from the Inflation Reduction Act’s $370 billion in climate funding, which could dissuade GOP lawmakers from attempts to cut the cash flow,” Politico writes. “The party dominates rural and often sunny and windy expanses of the American West and South, which are prime clean energy hubs. In fact, Republicans control nine of the top 10 congressional districts for planned or operating solar, wind, and other clean energy projects.”

Grist said a tougher dynamic in Congress would shift the emphasis to the White House—and to state governments, where Democrats racked up a series of electoral wins after years of losing ground. In the immediate aftermath, Grist listed Michigan, Kansas, and Oregon as states where Democrats had “outperformed expectations”. Subsequent analyses added Massachusetts, Maryland, Minnesota, Pennsylvania, and Wisconsin to the list.

And in many of those swing states, “climate action was an asset rather than a liability,” the Grist analysis stated.

“Many Democrats talked about their clean energy investment and their clean energy leadership in the campaign,” said Jamal Raad, president of Evergreen Action in Washington state. “That really kind of sets us up to continue pushing forward into our energy future.”

Front-line communities have been here before, Rees said in a release. “When climate progress faced hostile opposition a decade ago, Indigenous and front-line communities pressured President Obama to use his executive authority to stop the disastrous Keystone XL tar sands pipeline—and eventually, they won and he did,” he said. “President Biden must do the same and take swift executive action on climate.”

But even a small shift in seat count will be enough to change the tone of the country’s politics, with Republicans assuming control of House committees and their day-to-day agendas. The Washington Post says the new leadership team could include:

• Rep. Cathy McMorris Rodgers (R-WA), chair of the House Energy and Commerce Committee, who plans to investigate climate investments under the IRA while speeding up permitting for fossil energy infrastructure and exports of liquefied natural gas (LNG);

In the face of that House oversight, the Biden administration will have to go “head down, full force ahead, to get the regulations out to implement the IRA,” Abigail Ross Hopper, president and CEO of the Solar Energy Industries Association, told Utility Dive. Ross Hopper and other analysts also pointed to possible ground for bipartisan agreement, including faster permitting for new transmission lines (and the same for the controversial Mountain Valley gas pipeline).

“So much of what has to happen in the implementation phase [of the IRA] obviously does not necessarily involve the Congress,” but it does call for “super clear” rules without much room for interpretation, Ross Hopper said. “The best thing that we can do as a clean energy space, to ensure the continuation of the IRA, is to have projects on the ground, jobs being created, tax revenue happening, local politicians seeing evidence of growth in their local communities.”

In his last hours on the campaign trail before last week’s vote, Biden also promised some tough talk over the fossil industry’s record profits. “I’m working like hell to deal with the energy prices,” he told voters in Carlsbad, California, on the Friday before the election. “I’m going to have a little—as they say—come to the lord talk with the oil companies pretty soon.”

Biden didn’t elaborate, but he has suggested a windfall profit tax for fossils that don’t reinvest some of their profits in increased production.

A cluster of post-election news reports also point to emerging opportunities at the state level. In Maryland, Massachusetts, Michigan, and Minnesota, last week’s results paved the way for climate and clean energy legislation by handing Democrats house and senate majorities as well as state governorships, Inside Climate News reports. Grist points to Wisconsin, along with Michigan and Minnesota, as states where climate leadership was a political winner for gubernatorial candidates.

New York State passed a wide-ranging measure on clean air and water and green jobs that requires at least 35% of the benefits to flow to disadvantaged communities, Mother Jones writes.

Inside Climate also cites a Gen Z vote that “overwhelmingly supported Democrats” as a factor that put Democrats over the top in the Arizona, Georgia, New Hampshire, and Pennsylvania Senate races. They also elected 25-year-old Maxwell Alejandro Frost, the first of his generation to enter Congress, in Florida’s 10th Congressional District in the Orlando area.

“Frost represents a generational shift in a national political landscape where a segment of voters is emerging to make climate change a bigger factor,” Inside Climate writes. “Exit polling suggests that young voters aged 18 to 29, many of whom likely factored climate change among their top concerns, stood in the breach of a Republican red wave that never materialized. Nationally, about one in eight voters was between 18 and 29, and two-thirds of them voted for the Democrats.”

“We see big vote margins by young voters, especially in really close races, being a difference maker,” Alberto Medina of the Tufts University Center for Information & Research on Civic Learning and Engagement told ICN. “We think this is emblematic of the different ways that young people are leveraging their political power and civic engagement in recent years.”

That outcome had Washington Post humour columnist Alexandra Petri snarking, in the voice of an aggrieved older voter, that it must surely be time to raise, not lower, the voting age.

But reflexively green California fell short on a key ballot measure, after Democratic Gov. Gavin Newsom opposed a tax on the state’s highest-income residents—the 0.08% with personal incomes over $2 million—that would have raised $3.5 to $5 billion per year for zero-emission vehicles, charging stations, and wildfire risk reduction. Newsom said he opposed the measure because it amounted to a “special interest carve-out” for one of its major proponents, ride-sharing company Lyft. Supporters of the program called that argument “misleading’, Inside Climate says, in a post that dissects how the proposal went down to defeat.