Ocean Warming Moves Faster and Deeper, May Double by 2100 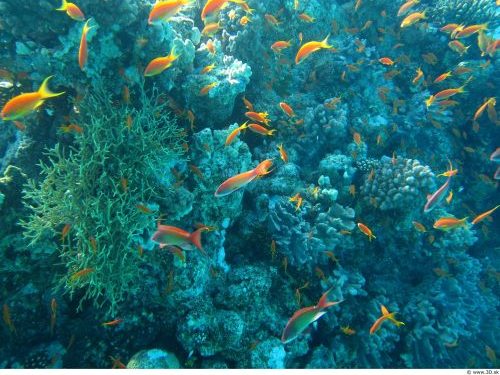 “Relentless” ocean warming is leading to more supercharged storms, pushing marine ecosystems to the brink, and threatening the lives and livelihoods of millions of people, says a new scientific review.

“Unprecedented oceanic warming has been observed since at least the 1950s, reaching record values from 2012 to 2021,” says the review, published this week in Nature Reviews Earth & Environment. All around the globe, warming of the upper reaches of the oceans—the top 2,000 metres—has accelerated over time, reaching “deeper and deeper depths,” reports the Washington Post.

An international team of scientists lead by Dr. Lijing Cheng, an atmospheric physicist and ocean temperature expert at Beijing’s Institute of Atmospheric Physics, Chinese Academy of Sciences, describes historic ocean warming as “irreversible” out to 2100. What happens next depends on whether global emissions fall, and how rapidly, they say.

“The findings underscore both the key role the oceans have played in helping to offset human emissions—oceans absorb more than 90% of the excess heat trapped within the world’s atmosphere—and also the profound implications if the warming continues unabated,” says the Post.

Surface and subsurface ocean waters are projected to warm twice as much as they already have by 2100 even in a low-emissions scenario, find Cheng and his team. The rate of warming in these waters has already doubled from 1960 levels, and in a high-emissions scenario known as RCP 8.5, the rate could be six times as high over the next 80 years.

That’s in spite of analysis over the last several years suggesting that RCP 8.5 is an unrealistically pessimistic assessment of future warming.

Complex mechanisms redistribute heat around the world’s oceans. For example, warming has been greatest in the Southern Ocean around Antarctica, which holds “twice the excess anthropogenic heat as the Pacific”. But uncertainties remain, with pretty much no data on the impacts of “eddies, tides, ice shelf cavities, and ocean–ice-shelf interactions.”

How these interactions play out, especially the less understood ones, like the impact of the westerly winds on thermal mixing, will shape what happens next, says Joellen Russell, a University of Arizona oceanographer whose research involves these climate-saving winds.

“A small fraction more [mixing] would slow our warming, and a small fraction less mixing would accelerate our warming,” Russell, who was not involved in the latest review, told the Post. “That is incredibly important for people to understand.”

The review summarizes the consequences of ocean warming. The most widely known is sea level rise, leading to saltwater intrusion, land erosion, and flooding. But warming also decreases ocean density and increases upper-ocean stratification, changes which affect the vertical and lateral exchanges of carbon, oxygen, and nutrients, as well as heat.

Warming also directly reduces the efficiency of oceanic carbon uptake and storage, bad news given the critical role of oceans as carbon sinks.

Such impacts, layered atop extreme weather events, are poised to put “substantial stress” on marine ecosystems, with impacts on fisheries and aquaculture systems.

“It is projected that, driven by multiple stressors, the maximum catch potential of tropical fish stocks in some tropical exclusive economic zones will decline by up to 40% by the 2050s under the RCP8.5,” write the authors.

The destruction power of MHWs can be seen in the impacts of “the blob” of warm water that floated in the northeast Pacific and Gulf of Alaska from 2014 to 2016. The collapse of the regional ocean food web from heat stress reverberated up the food chain, ultimately killing nearly a million birds (notably murres), around 100 million cod, and hundreds of humpback whales, say the researchers.

But all is not yet lost, the review authors conclude. Rapidly reducing emissions in alignment with the Paris agreement would probably “lead to a detectable and lasting reduction in [the] ocean warming rate, with noticeable reductions in climate change impacts,” they write.

But the world should be in no doubt about what the planet’s rapidly warming oceans signify.

“The ocean is the memory of all this global heating,” Dr Kevin Trenberth, a co-author and distinguished scholar at the United States National Center for Atmospheric Research told The Guardian. “This ocean warming is indeed relentless, with huge consequences for sea level rise.”

Quantitative ecologist David Schoeman, of the University of the Sunshine Coast in Queensland, Australia, who was not involved in the review but was a coordinating lead author of the oceans chapter in the most recent UN climate report, offered a powerful metaphor for just how much heat humanity has released into the Earth’s oceans.

“The estimates in this paper suggest on average we have released energy equivalent to around 3.5 Hiroshima atomic bombs into the ocean every second over the period 1971-2018,” he said. “The global ocean contributes in a very real way to almost every aspect of our lives, but this is often overlooked in favour of the things that we see in front of us.”