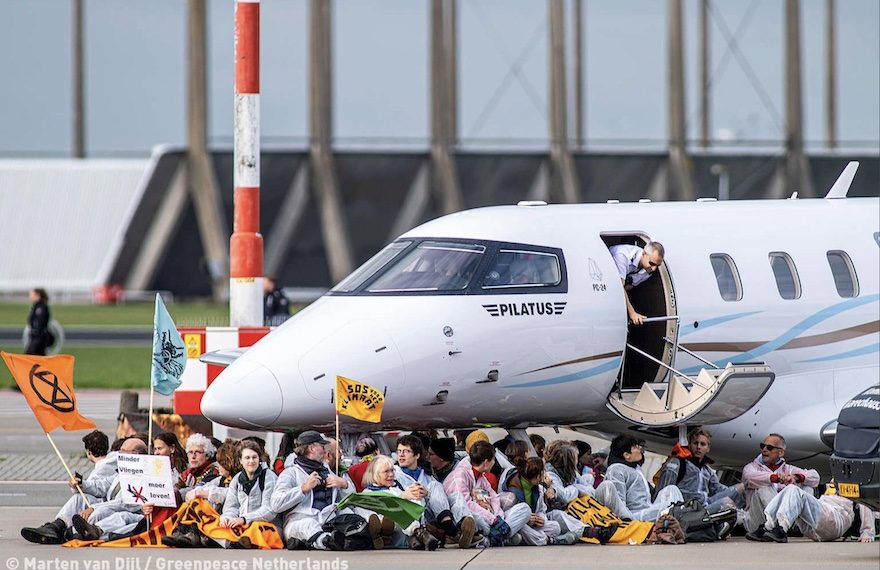 Hundreds of climate protesters blocked private jets from leaving Amsterdam’s Schiphol Airport on Saturday in a demonstration on the eve of the COP 27 climate meeting in Egypt.

Greenpeace and Extinction Rebellion protesters sat around private jets to prevent them leaving and others rode bicycles around the planes, The Associated Press reports.

Military police said they arrested a number of protesters for being on the airport’s grounds without authorization.

Responding Friday to an open letter from Greenpeace, Schiphol’s new CEO Ruud Sondag said the airport is targeting “emissions-free airports by 2030 and net climate-neutral aviation by 2050. And we have a duty to lead the way in that.” He conceded it needed to happen faster.

This Associated Press story was republished by The Canadian Press on November 5, 2022.