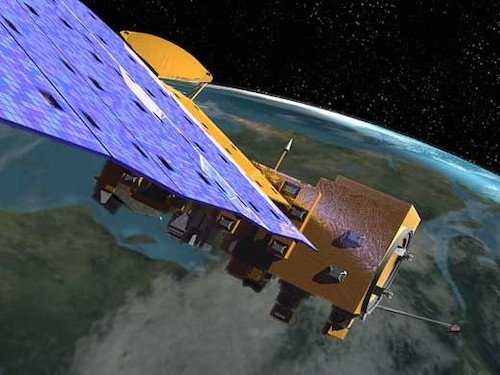 Canadian regulators say they were unaware of a methane cloud spotted above Western Canada by a European satellite, revealing a crack in the country’s emissions reporting.

Official responses about the September 28 plume of the potent greenhouse gas show “a disconnect between the nation’s climate ambitions and its emissions, which are the second highest per capita among G-20 countries,” writes Bloomberg Green. This avowed lack of awareness also paints a picture at odds with the climate progress Prime Minister Justin Trudeau claimed in an interview roughly one month later, the news story states.

The European Space Agency’s Sentinel-5P satellite recorded the methane plume near Lloydminster, Alberta, an area near the Saskatchewan border that is dense with active and abandoned oil and gas infrastructure. France-based geoanalytics firm Kayrros SAS examined the data and estimated that the methane cloud originated within 10 kilometers of gas pipelines operated by SaskEnergy Inc. and Calgary-based pipeliner TC Energy. With emissions measured at 11 tonnes per hour, the methane plume had the same short-term climate impact as the annual emissions of 200 cars, had the event lasted a full hour, Bloomberg Green says.

Federal and local regulators said they were not informed about the methane cloud and there was no significant venting reported in the area at the time. The Alberta Energy Regulator, which uses a subset of Sentinel-5P data to monitor persistent regional emitters, said the plume didn’t show up in that data, Bloomberg writes. And officials said elevated methane concentrations do not necessarily indicate non-compliance or a cause related to the industry. Canadian oil and gas operators are only required to report methane releases that are unintended or uncontrolled, the news story ads.

Canada was an inaugural member of the Global Methane Pledge at last year’s COP 26 climate summit, and plans to slash methane emissions more than 35% from 2020 levels by 2030. Environment Minister Steven Guilbeault has said the country is on track for a reduction of more than 40% from 2012 levels by 2025.

And yet Canada’s methane and carbon dioxide releases have increased more than any other G7 country. Trudeau has defended Canada’s climate action during his tenure as prime minister but acknowledged that “it’s taking a while” for the effects to show up in emissions.

He has also said there is room for the country to expand its fossil fuel production if oil and gas operators reduce emissions intensity—despite scientists’ warnings that expanding fossil fuel output is incompatible with climate targets due to intentional releases and accidental leaks from existing infrastructure.