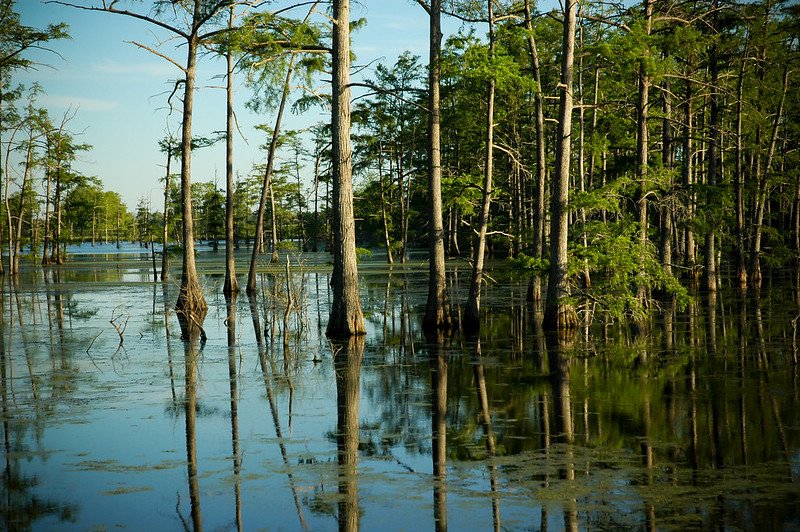 U.S. federal judges have ordered a nine-year-old lawsuit calling on oil and gas companies to pay for damage to Louisiana’s wetlands to be returned to state court for trial, potentially clearing the way for at least 41 similar lawsuits to move forward.

A three-judge panel of the 5th U.S. Circuit Court of Appeals on Monday upheld a January decision by the late U.S. District Judge Martin L.C. Feldman of New Orleans, The Times-Picayune/The New Orleans Advocate reported, in a story republished by The Associated Press.

Feldman correctly found that just because oil and gas exploration and production operations during the Second World War were conducted on behalf of the war effort, the companies were not acting under the orders of federal agents in a way that required the suit to be heard in federal court, the panel ruled.

“Today’s decision will make the history books,” John Carmouche, an attorney representing the parish and the state, told the newspaper. “Finally, Louisiana can be made whole for everything it has given to our nation in resources.”

However, a spokesperson for several of the oil and gas companies could not say whether they would appeal the decision to the U.S. Supreme Court, or that they would agree to apply it to the other cases.

Jason Harbison, on behalf of the legal teams representing BP, Chevron, ConocoPhillips, Exxon, and Shell, said the companies are disappointed by the appellate decision.

“The allegations in this case, like the other similar parish lawsuits against oil and gas companies, challenge oil production practices going back for decades, including World War II, a unique period in the relationship between the federal government and the oil and gas industry,” Harbison said.

“The companies continue to believe that these lawsuits implicate distinctive federal interests and deserve to be heard in a federal forum and are considering their options for further review,” Harbison said.

It’s the fourth time this first wetlands damage suit has been ordered returned to the Plaquemines court by federal judges, AP says. A 43rd lawsuit, filed on behalf of Orleans Parish, was also removed to federal court and could eventually be returned to state court.

The lawsuits were originally filed in state courts in Plaquemines, Jefferson, St. Bernard, St. John the Baptist, Vermilion, and Cameron parishes between 2012 and 2017. The suits challenge the failure of the oil companies to comply with the State and Local Coastal Resources Management Act, a 1980 state law. Each suit contained language specifying that it was not challenging the companies with violation of any federal laws.

The parishes cited damage to wetlands stemming from the building of service canals, disposal of hazardous waste and saltwater, and other operations. Each asked that the companies either repair the damage or pay the parishes and state for the losses.

Still on hold is a proposed US$100-million settlement between Freeport-McMoRan Co., the six parishes represented in the 42 lawsuits, and possibly another six parishes where the company operated.

In 2020, the state legislature shot down a bill that would have set up a method of distributing the money among coastal parishes, and there has been no additional action on the proposal.

Carmouche and state officials had hoped the settlement agreement could have been used as a model for similar settlements with other oil companies listed as defendants in the suit.

This story by The Associated Press was republished by The Canadian Press on October 21, 2022.

EU to End All New Combustion Car Sales by 2035