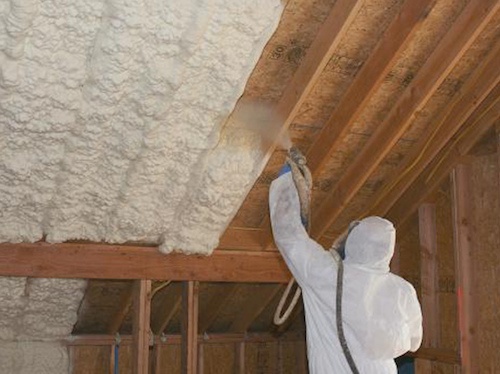 Municipal climate and energy leaders in Ontario are scrambling to protect energy-efficient building standards that may be at risk in the provincial government’s rush to push through its More Homes Built Faster Act, Bill 23.

“Early criticism of the bill focused on how it would curtail the power of conservation authorities to limit development on floodplains,” the Toronto Star writes, along with its devastating impact on public consultation. But now, groups like The Atmospheric Fund (TAF) are warning that the bill “will make new buildings in many cities across the province less efficient and more expensive to heat and cool,” the Star says, “sabotaging our efforts to cut carbon emissions and fight climate change.”

Local measure on the chopping block would include a green building law that Premier Doug Ford supported when he was a Toronto city councillor.

“For the last 15 to 20 years, the city of Toronto has been on a deliberate trajectory to make buildings more and more climate friendly with an ultimate goal of making them net-zero,” said local councillor Gord Perks. “The new provincial legislation effectively kills that work.”

“It appears that this legislation includes clauses that will inadvertently make future homes more unaffordable and less efficient for Ontarians,” wrote [pdf] Bryan Purcell, TAF’s vice-president, policy and programs, in a letter to Ford that is now open for sign-ons.

“These clauses in the legislation narrow site planning authorities to an extent that they will prevent municipalities from addressing energy efficiency and climate change in new buildings,” Purcell explained. “This legislation as written would override council-approved sustainable design standards in Toronto, Ottawa, Brampton, Ajax, Whitby, Pickering, Markham, and other municipalities across Ontario. They risk causing disorder in the development process as municipalities with green development standards would have to redesign existing processes, creating uncertainty for both development departments and developers across Ontario. Ultimately, excluding energy, sustainability, and climate from consideration in the planning process will leave new housing exposed to spiralling energy costs and carbon prices.”

The Star’s coverage echoes TAF’s suspicion that the attack on green building standards was unintentional. “Eliminating energy efficiency does not speed up the construction of new buildings, which is the law’s stated intent,” writes climate reporter Marco Oved.

The bill also upends a tradition of land conservation established by two of Ford’s predecessors as Progressive Conservative premiers in Ontario—Bill Davis, who protected the Niagara Escarpment in the 1970s, and Mike Harris, whose government created the Oak Ridges Moraine Conservation Plan in 2001.

“Add it all up and the Ontario PCs have protected large areas of important natural spaces—and much of the 9.4% provincial total,” writes Small Change Fund President Burkhard Mausberg, a former CEO of the Greenbelt Foundation. Now, by adding lands to the Greenbelt, focusing on creation of Indigenous Protected and Conserved Areas, and protecting old-growth forests, Ford “has an opportunity to continue the Tory legacy for land conservation and help Canada meet important global targets. I hope he won’t squander it.”