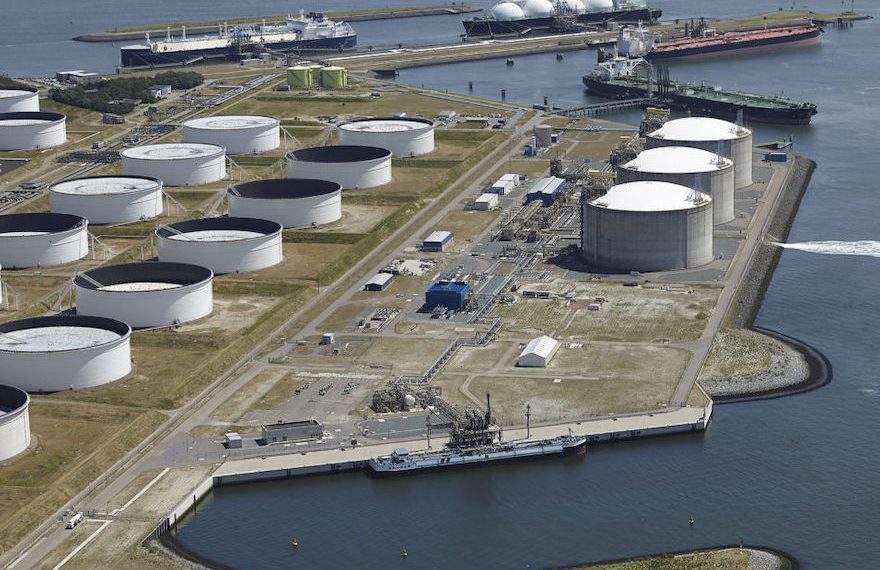 Canadians are being sold on a future of natural gas exports to Europe just as European countries speed up their exit from all fossil fuels, says a leading energy transition researcher who’s just finished a series two-week fact-finding visits to Ireland, Denmark, and France.

“There’s a disjoin between what the industry and governments and the mainstream debate in Canada are saying about the European energy crisis and what Europeans think about the energy crisis,” said Angela Carter, associate professor of political science at the University of Waterloo and energy transitions specialist with the International Institute for Sustainable Development.

“In Canada, we have got this dominant understanding that the world needs Canadian oil and gas and liquefied natural gas (LNG), Canada has product, and we need to help Europe by getting it out of the ground and shipping it as fast as we can, whether or not it’s viable,” she told The Energy Mix in an interview.

“When you’re in Europe, what you hear from politicians, from environmental groups, but also from regular people is that we’re in an energy crunch right now. There are questions about where we’re going to get their gas supply for this winter and maybe next winter. But they are getting off fossil fuels, and they are remotivated. It’s another big nudge to get away from fossil fuels.”

Carter talked about her preliminary research findings against a backdrop of skyrocketing oil and gas profits, a surge in new oil and gas pipelines and gas export terminals, and massive fossil subsidies from the world’s richest countries, all responding to an energy price surge triggered mainly by Russia’s war in Ukraine. Yet the International Energy Agency declared last week that global demand for all fossil fuels has either peaked or plateaued and urged a shift from fossil to renewable energy investment, not long after a major European investment consortium announced plans to do exactly that.

Carter said Denmark, with decades of experience in wind power development and a ban on new oil and gas leasing, is already reaping the economic benefits of the global energy transition, with former offshore oil workers fully onboard.

“I was expecting to hear that the ban was all about climate,” she said. “But a lot of it is about the economy, because what’s happening in Denmark now is that their offshore wind energy industry is flourishing. In fact, they can’t keep up with the growth.”

In the coastal town of Esbjerg, formerly the hub of Denmark’s offshore oil sector, “there are now more people working in offshore wind. And I heard again and again that the workers there don’t see themselves as oil workers. They see themselves as energy workers. They know, because they’ve now experienced it, that their skills are easily translated between oil and wind, and they can go back and forth between the two.”

That understanding has become the cornerstone for a culture change that is leaving countries like Canada behind, with Denmark well positioned to export offshore wind technology to other parts of the world.

“In Canada, the oil industry has done a lot of public relations work to convince people and provincial governments that they are dependent on oil. That they are oil citizens. That oil is what pays for your public services,” Carter said. But in Esbjerg, originally a fishing community that later went through an oil boom, the offshore wind boom just means “moving ahead to what’s the next thing.”

Business associations, as well, “see the writing on the wall in terms of the climate costs, the pressures building around climate policy, and the decline in oil reserves over the longer term. And then they see the positives, the uptick in jobs and firm growth and profit for people in Denmark because of wind energy.”

In both of the countries she visited, Carter said that cultural recovery began with relatively small wins by determined civil society groups—a local fracking ban in France that went national, a student mobilization in Denmark that grew out of the deep disappointment of the 2009 UN climate summit in Copenhagen—that set the stage for bigger fossil bans. But the other crucial factor is a transition planning process on which Canada has fallen far behind.

Fossil industry workers “have got to be a part of the change, leading the change,” she said. “Otherwise, instead of being like the energy workers in Denmark who are just as happy working in offshore wind as they are in oil, instead of being a part of celebrating the transition, there’s going to be fear and resistance.” (In a survey last year, two-thirds of Canadian oil and gas workers said they want to be a part of that change.)

Denmark got the job done with “very in-depth consultation and engagement” with local communities and workers, with economic diversification funding that included help for people moving from one sector to the other. France took similar steps. “They had the whole package for just transition that we don’t have in Canada.”

Instead, several key fossil-producing countries are driving a short-term spike in fossil fuel production. Late October research by Global Energy Monitor (GEM) shows the United States, Russia, Canada, Mexico, and Qatar leading a “global surge in export capacity”, with more projects under development in China, India, Brazil, and Germany. Another forthcoming analysis projects nearly 310,000 kilometres of new pipelines to be built between 2022 and 2028, at a total cost of US$369 billion.

North America accounts for the largest share of new LNG capacity, at 461 million tonnes per year (mtpa), including 322.5 mtpa from the U.S., 75.6 from Canada, and 62.5 from Mexico, GEM says. The U.S. alone accounts for half of new export capacity.

The gas-fired power plants meant to burn that fuel in Europe will (literally) be 10 times more expensive to operate than new solar capacity, PV Tech reports this week, citing analysis by Oslo-based business intelligence firm Rystad Energy. But fossils are still getting their new projects off the ground by leaning on favourable geopolitics and political clout. The Institute for Energy Economics and Financial Analysis (IEEFA) says the massive rise in fossil profits is being driven by Russia’s war in Ukraine and relentless lobbying, not by industry executives’ financial acumen, while Bloomberg Philanthropies and BloombergNEF reported Tuesday that fossil subsidies from G20 countries have already hit $693 billion this year. That government largesse “distorted prices, encouraged potentially wasteful use and production of fossil fuels, and resulted in investment into long-lived, emission-intensive equipment and infrastructure,” wrote BNEF analysts Victoria Cuming and Maia Godemer.

“The oil and gas sector’s strong profits are accompanied by a dance in the dark between stock analysts and oil and gas CEOs,” IEEFA agrees. “It ignores the war in Ukraine as the driver of high oil prices and allows industry leaders to reclaim their mantle as Masters of the Universe. But the business dynamics of the sector are unsound financially. Instead, the new universe is being led by a Russian president who is driven by the need for higher revenues to finance a war.”

The windfall profits include $42.4 billion in three months for Saudi Aramco, The Associated Press reports.

But not everyone is joining the party. In mid-October, one of Europe’s biggest asset management firms, Legal & General Investment Management, teamed up with renewable investment specialist NTR on a “joint clean energy vehicle” to tap into an energy transition in Europe, Infrastructure Investor reports. The two partners value that transition at €1 trillion, the two partners said in a release.

The L&G NTR Clean Power (Europe) fund will be a “10-year, closed-end vehicle” investing in Eurozone wind and solar projects, with up to 20% available outside the EU, beginning with the UK. The partners haven’t yet disclosed the size of the fund.

“We’ve been looking at the energy transition opportunity for some time, partly based on the growing and demonstrable investor demand that we see, and partly because there is a very exciting opportunity to fund into a space where private capital is going to become more important against the background of an indebted public sector,” said Bill Hughes, LGIM’s global head of real assets. “LGIM has got a client base that absolutely sees the appeal, and NTR has a business with a proven track record and deployment.”

“This is a very significant and exciting step,” added NTR CEO Rosheen McGuckian. “By joining forces with LGIM that has such a strong and trusted global reputation, we can accelerate our joint ambition to deploy the capital needed to address the European energy transition targets, which are a centrepiece of European policy to reduce carbon emissions in 2030 by 55%.”

That position contrasted loudly with the long-awaited net-zero strategy released late last month by the Royal Bank of Canada, in which Canada’s biggest bank settled for intensity-based emission reduction targets for its major clients in the fossil, electricity generation, and automotive sectors. “We know the greatest impact RBC can have to drive emissions reductions in the economy is through partnerships with our clients,” RBC President and CEO Dave McKay said in a release.