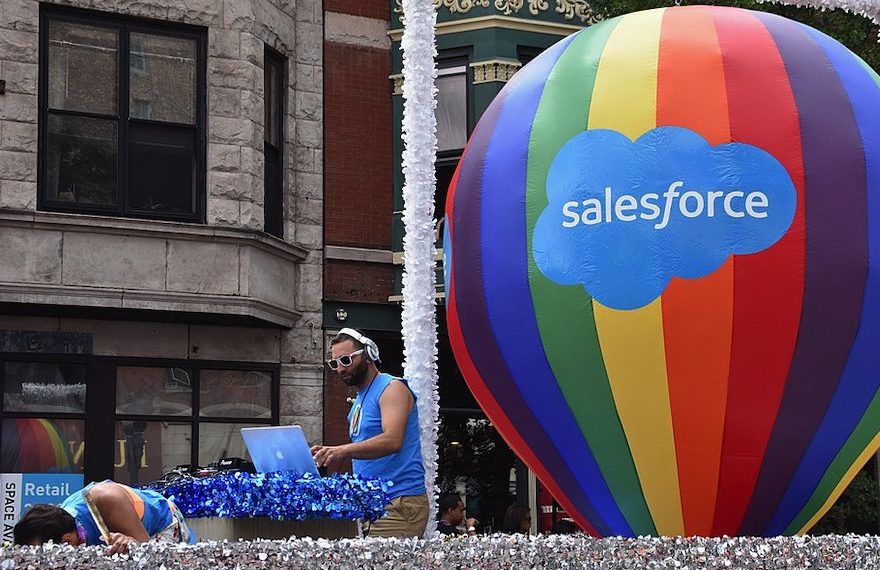 In a release last month, San Francisco-based Salesforce announced its Net Zero Marketplace as an attempt at a “trusted platform that makes carbon credit purchases simple and transparent, allowing organizations to accelerate climate-positive impact at scale.” With consultants predicting a US$50-billion market for voluntary carbon credits by 2030, Salesforce is pitching a catalogue of carbon credits rated by third parties, a “seamless ecommerce experience” for buying them, and education on climate issues for businesses and individuals.

The marketplace launched last week with a mix of more than 60 renewable energy, forestry and land use, and household and community projects, with carbon credits priced between US$5.42 and $30.16 per tonne.

Carbon credits and carbon markets have been intensely controversial and often unsuccessful over the years, raising suspicions about whether projects deliver the promised carbon reductions, whether they would have happened anyway without the credit, and whether they seize control of forests or other natural capital by disenfranchising Indigenous communities. Carbon market advocates often insist that offsets are only meant to supplement actual emission reductions, not replace them. But that hasn’t stopped fossil companies and other big carbon polluters from claiming they can keep on increasing emissions once they have offsets in place.

Salesforce acknowledged that skepticism in the original PR for its new marketplace, emphasizing “high-quality credits” verified by a half-dozen different carbon credit providers. The offer hinges on “unprecedented transparency for a carbon credit marketplace where everyone can access project pricing and third-party ratings,” with the company’s existing e-commerce platform making the actual purchase easier and more seamless.

“What we see when we look at the voluntary carbon market is a fairly small number of marketplace participants, a fairly low volume of quality products, a very small number of third-party reviewers of projects, and we’d like all of that to change,” Ari Alexander, general manager of the company’s Net Zero Cloud and Net Zero Marketplace, told The Energy Mix in mid-October. “We’re trying to shine a light on the state of the market today and invite all that is real and all that is true to be seen on this marketplace.”

If it works, he added, the new platform will “drastically accelerate the number of buyers and credits, the amount of trust and transparency, and therefore the amount of quality,” at a time of “very high demand for these products as part of the net-zero journeys of every organization around the world.”

Gilles Dufrasne, policy officer at Carbon Market Watch, said Salesforce’s promise of public and transparent ratings for carbon offsets “is a helpful addition and something that other platforms are often missing.” But the marketplace “still offers very low-quality products,” some of them trying to earn payments for avoided deforestation, and the site makes “no clear connection between the price of a credit on the platform and its rating.”

Dufrasne said he did see potential for an organization as big as Salesforce to drive up the number of quality offset products and help set a standard for quality and transparency.

“If they adopted more stringent criteria, such as refusing to sell credits from lower-quality projects, this could set a positive and interesting precedent for the rest of the market to follow,” he told The Mix. “They could also screen their buyers and only allow companies to buy if they have an ambitious and credible climate strategy in place. This would help alleviate some of the greenwashing risks that come from offering this type of service.”

Asked whether Salesforce had ever seen a carbon offset or removal project that it would reject, Alexander said the marketplace would leave those decisions up to its users. Salesforce went through a “diligence process” to identify partners for the marketplace, so “rather than submitted and rejected, we think of what we go to market with as a result of that process,” he explained.

“There are a lot of projects in the world that have not really had a lot of eyes on them yet, or where a small number of external reviews have publicly come out with criticism,” he said. “It’s very much in the interest of transparency in the marketplace for us to be quite clear with the global audience where that information has come to light. So we’re actually supportive of critical information about specific projects, in order to drive the transparency that ultimately serves the market overall.”

With different expert bodies weighing in with their own definitions of a quality offset, he said the marketplace will “make available for everyone to see all these stakeholders in the debate, rather than Salesforce deciding what quality looks like.”