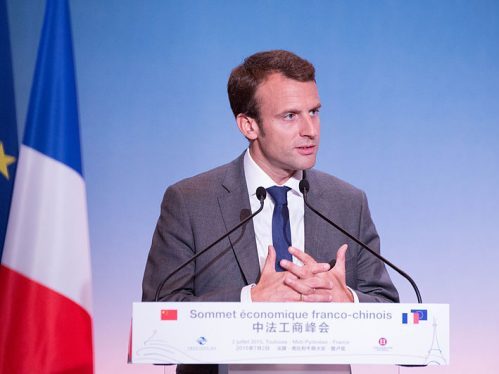 The Energy Charter Treaty (ECT) entered into force in 1998 to protect foreign investment in the energy sector, The Associated Press reports. Climate non-governmental organizations have been calling for a mass EU withdrawal from the treaty.

Italy has already quit the ECT, while Spain and the Netherlands have also announced similar plans.

Germany’s ministry for economic affairs and climate action said last week that a decision regarding the ECT within the federal government has yet to be taken.

“Minister (Robert) Habeck has repeatedly expressed his critical position on the ECT and its possible negative effects on climate action,” the ministry said.

German utility company RWE has used the ECT to start legal action against the Netherlands, alleging that the government failed to allow adequate time and resources for the transition away from coal. The case may have partly motivated the Netherlands’ decision to quit the treaty.

As part of EU Green Deal policies, member countries agreed last year that the treaty needs to be revised to discourage all further investments in fossil fuel-based energy infrastructure projects, “unless they are fully consistent with an ambitious, clearly defined pathway towards climate neutrality” in line with United Nations targets under the 2015 Paris agreement.

Macron last month called for a “massive acceleration” of renewable energy development in his country, including offshore wind farms and solar power, via a new plan that seeks to bring lagging France closer to the energy policies of its EU neighbours.

The move comes amid a major energy crisis in Europe aggravated by Russia’s war in Ukraine. Macron also wants France to gain more independence in its electricity production through investments in the nuclear sector.

“Today I watch with concern the return of not only transition energies, but also hydrocarbons and the most polluting fossil energies,” Macron said. “The war on European soil should not make us forget our climate requirements and our imperative to reduce our CO2 emissions. Withdrawing from this treaty is part of our strategy.”

This Associated Press story was republished by The Canadian Press on October 21, 2022.