Australia to Replace Coal Plant with World’s Most Powerful Battery 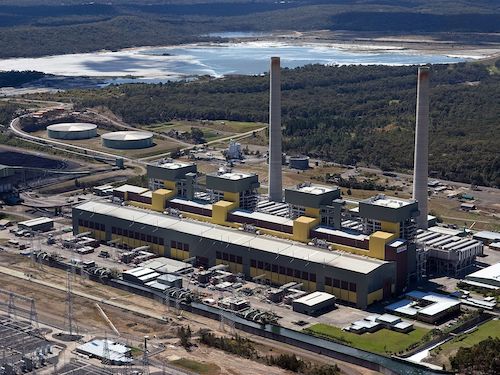 The 850-megawatt Waratah Super Battery will be the largest committed battery project in the southern hemisphere and the most powerful battery in the world, according to the New South Wales government.

Being built on the site of the former Munmorah coal facility, Waratah also represents “perhaps the highest-profile attempt worldwide to shut down coal plants and build renewables-powered batteries in their place,” and is “a critical proof point for the global effort to stop climate change by zeroing out carbon emissions from the power grid,” reports Canary Media.

Australia’s renewable generating capacity has doubled in the last 10 years, but its transmission grid has limited capacity to distribute production surges across population centres, Canary explains. The Waratah project will help solve this problem by absorbing renewable power and discharging it when demand rises. But its primary objective is to maintain grid reliability by instantly discharging its capacity when electricity flow is disrupted by events like lightning strikes or bushfires.

“Having that in place allows the transmission lines to move more electricity throughout the day, because if a given line trips off, the battery will be there to fill in the gap,” Canary Media writes.

“We believe a successful shift to a more sustainable energy future is dependent on the use of large-scale battery storage,” said Akaysha Managing Director Nick Carter. “In fact, utility-scale energy storage technologies are very helpful in mitigating the variability of renewable generation as well as deliver grid reliability and resilience to the power system networks across the world.”

Akaysha has never actually built a battery project, which makes it seem unusual that the company secured the contract for the Waratah project. But back in August, investment giant BlackRock acquired the Melbourne-based energy storage developer, making it a “platform” to invest US$700 million for nine battery projects in Australia’s east coast electricity grid.

Utility-scale batteries are likely to play an important role in global decarbonization plans because they can store cheaply generated renewable energy to supplement periods of high demand, Canary Media says. In some locations across the globe, utilities are already starting to use a blend of renewable generation and battery storage to replace coal without investing in gas as a “bridge fuel,” as was once believed to be necessary.