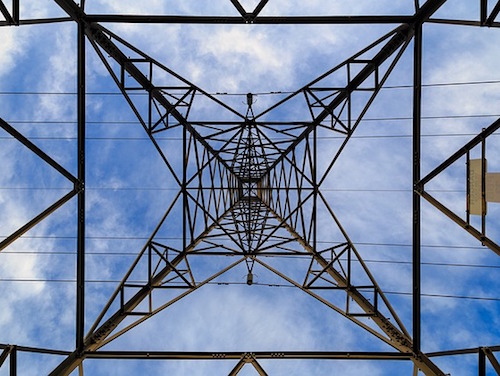 “Economics, policy, and public demand are now all aligned in favour of clean energy,” says Yale Environment 360, but a growing number of clean energy projects are getting stuck in what are known as “interconnection queues.”

That means new transmission infrastructure is being built too slowly to accommodate new renewables projects, with long wait times partly due to the fact that the Federal Energy Regulatory Commission (FERC) can approve interstate pipelines but not interstate transmission lines.

Now some say climate advocacy in the United States must shift “from a focus on stopping fossil fuel infrastructure to one that centres on enabling the clean energy infrastructure that will displace it,” Yale E360 writes.

With IRA incentives for clean technologies like electric vehicles and heat pumps, domestic electricity demand is expected to rise. Without a concurrent acceleration of transmission line construction to bring more solar and wind farms online, the demand will be met by gas- and coal-powered electricity, which will cause greater emissions in the next decade than a scenario with no IRA, one study found.

The Progressive Policy Institute reports that transmission permitting takes around 4.3 years—roughly a year longer than pipelines. And it takes around 10 years to build the long-distance lines that connect high-demand population centres with large solar and wind farms usually located in remote, rural areas where land is cheaper. This delay puts the U.S. in a tight place to meet its 2030 emissions reduction goals.

Permitting reforms like empowering FERC to approve interstate lines could be passed without attaching other controversial provisions, says Yale Environment 360. “But in today’s highly partisan and narrowly divided senate, legislation requires 60 votes to pass, and some key senate Republicans have voiced opposition to taking that authority away from states.”

The Republicans’ counter-proposal included only the controversial fossil fuel permitting provisions and other fossil-friendly policy changes, with very little that would accelerate clean energy projects.

So “finding a permitting reform pathway through the divided senate will be a challenge,” Yale E360 says.

Renewable Electricity May Soon Cost U.S. Buyers Next to Nothing