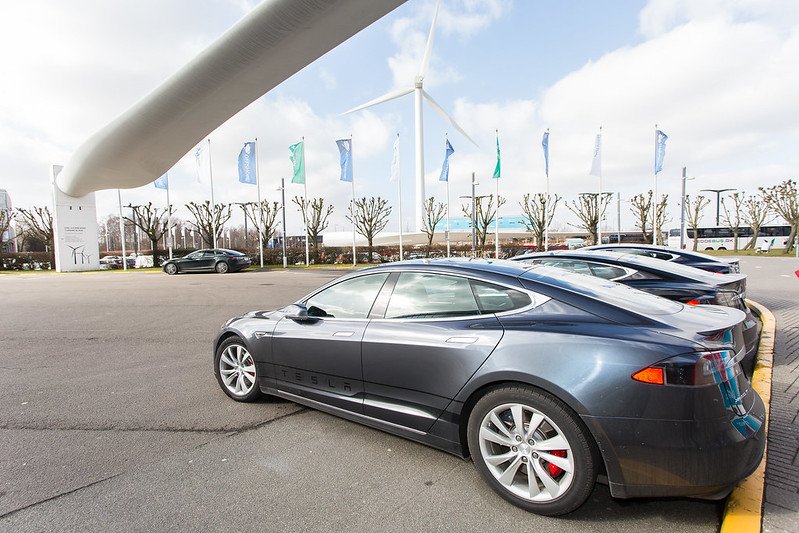 A 5% threshold for renewable energy on the power grid might not sound like much, but it’s the milestone that could tip electricity systems in 87 countries into a rapid shift off carbon, a Bloomberg news analyst says.

“With all good technologies, there comes a time when buying the old tech no longer makes sense,” explains Bloomberg Green Deputy Editor Tom Randall. “Think smartphones in the 21st century, colour TVs in the 1970s, or even gasoline-powered cars in Henry Ford’s day.”

For the transition to clean energy, that tipping point may be as low as 5%, a level the United States hit in 2011 before pushing past 20% in 2021. “If the country follows the trend set by others at the leading edge, wind and solar will account for half of U.S. power-generating capacity just 10 years from now,” Randall writes. “That would be years—or even decades—earlier than major forecasts.”

[Those would be the same overly cautious projections used by fossil companies everywhere and the regulators they’ve captured to justify continuing expansion of oil and gas infrastructure.—Ed.]

Bloomberg Green looked at the adoption curves for 10 of the key clean energy technologies, “from electric motorcycles to heat pumps and rooftop solar panels,” Randall says. The news agency’s full analysis had him comparing the growth of low- and zero-carbon electricity to the earlier energy revolution that began on New Year’s Eve, 1879, when U.S. inventor Thomas Edison flipped the switch on the first building equipped with electric light bulbs.

“Successful technologies follow an S-shaped adoption curve,” he writes, based on experience far more varied and recent than Edison’s. “Sales move at a crawl in the early adopter phase, then surprisingly quickly once things go mainstream.”

While 5% isn’t the tipping point for every technology, “the basic idea is the same: Once the tough investments in manufacturing have been made and consumer preferences start to shift, the first wave of adoption sets the conditions to go much bigger,” Randall says. In the switch to renewables, “as more countries tipped into mass adoption, wind and solar became the cheapest sources of new electricity capacity worldwide,” so that cost is no longer the obstacle to a faster transition.

Big Insurers Turn Their Backs on Coal, Oil and Gas