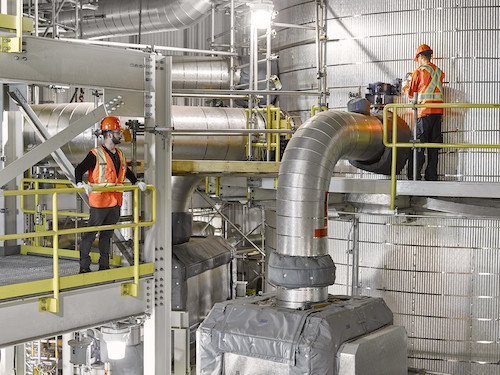 CCS netted nearly four times as much funding as clean electricity initiatives, Da Silva said, during an appearance before the House Environment and Sustainable Development Committee. But “despite federal and provincial governments providing an estimated C$5.8 billion for CCS projects since 2000, CCS only captures 0.05% of Canada’s greenhouse gases.”

Despite mounting pressure for Canada to increase those subsidies to match industry support in the Biden administration’s Inflation Reduction Act, Da Silva said only 2.3% of the United States’ US$158-billion in clean energy initiatives is earmarked for CCS, compared to 48% for home energy efficiency and community resilience.

Da Silva’s presentation took place just a couple of days after the carbon capture industry reported record interest in new project development, driven by rising carbon prices and government subsidies. The latest annual survey by the Global CCS Institute showed 153 new projects under construction, with the United States and Canada leading the way, “61 more than this time last year and more than at any time in history,” Bloomberg News reports.

All of that new activity “would add to the 30 projects currently operating and a further 11 under construction,” the news agency writes. But even if all of the projects are completed—and even if they meet their targets when they go into operation—they’ll still capture just 244 million tonnes of carbon dioxide per year, less than 1% of the estimated 36 billion tonnes humanity emitted last year.

Last month, a sweeping industry assessment produced by the Institute for Energy Economics and Financial Analysis (IEEFA) warned that carbon capture and storage projects are far more likely to fail than to succeed, and nearly three-quarters of the carbon dioxide they manage to capture each year is sold off to fossil companies and used to extract more oil. The 13 “flagship, large-scale” projects in the analysis accounted for about 55% of the world’s current carbon capture capacity, the institute said in a release. Ten of the 13 underperformed, failed outright, or had to be mothballed.

“CCS technology has been going for 50 years and many projects have failed and continued to fail, with only a handful working,” said report co-author Bruce Robertson, a veteran investment analyst and fund manager now serving as IEEFA’s energy finance analyst for gas and LNG. Though CCS “might have a role to play in hard-to-abate sectors such as cement, fertilizers, and steel, overall results indicate a financial, technical, and emissions reduction framework that continues to overstate and underperform.”

None of which stopped CCS Institute CEO Jarad Daniels from hyping the potential of the still-formative technology his organization is set up to promote. “CCS is the Swiss Army knife of climate mitigation—it will continue to play multiple, unique roles in decarbonizing the global economy,” he said. “Many essential industries like cement and chemical production have no other viable path for deep decarbonization other than CCS.”

Rather than doubling down on an “old energy system” that is “too centralized and not community-focused,” Da Silva said Canada should “simultaneously improve worker well-being and community resiliency towards climate change through green housing initiatives, retrofits, community distributed energy projects, and zero-emission mobility.” But that will mean building up the skills base to get the job done.

“It is a question of the distribution of these skills, closer to the need, closer to home, and available across the breadth of the nation,” Da Silva told the committee.

“Currently, in spite of having the baseline skills and desire to work in the net-zero economy, fossil fuel workers and Indigenous communities lack opportunities to play a leading role in building the policy and infrastructure required to reach global climate targets,” she said. But “increasing local jobs and local economies prevents a Canadian energy worker diaspora, flying across the nation to work, and builds resilience against the boom/bust cycles associated with oil and gas’s export economy.”

Canada Will ‘Bend the Curve’ on Emissions, Keep Up with U.S. Incentives, Trudeau Says