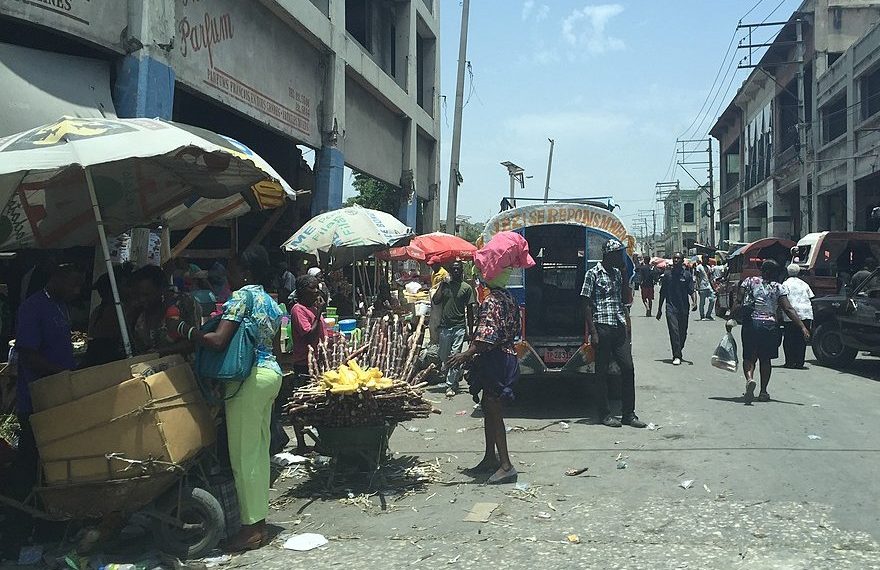 A fuel crisis in Haiti is inflaming security and humanitarian crises, as gangs exploit the country’s oil dependency to pressure interim Prime Minister Ariel Henry to resign after he cut fuel subsidies in September.

Henry said the subsidies were unaffordable, but the action caused widespread riots and protests among Haitians who were already struggling with skyrocketing prices. Against this backdrop of unrest, a coalition of gangs blockaded the country’s main fuel port with a trench around the perimeter and shipping containers blocking vehicles. The blockade has cut off access to the energy source that fuels 80% of the country’s electricity, with services like health—including maternal and child health—nutrition, education, and water supplies, severely affected.

“Without that fuel, Haiti’s grid shuts down. So do the trucks that deliver food to supermarkets, the generators that refrigerate that food during the frequent power outages, and the factories and businesses that pay the wages that buy the food,” reports CBC News. The 12% of Haitian households with electricity are also affected because many of them rely on kerosene generators for power.

As fuel shortages shut down businesses, hospitals, and grocery stores, the blockade is causing famine and is blocking humanitarian efforts to address Haiti’s ongoing cholera outbreak.

The cut to fossil fuel subsidies followed nearly a decade of pressure on the small island country from international institutions like the World Economic Forum (WEF), the International Monetary Fund (IMF), and the World Bank. While the world emerges from the COVID-19 pandemic, the institutions are maintaining pressure to end fossil fuel subsidies in poorer nations, says Forbes.

Considering the riots, an IMF spokesperson told Forbes the organization supports the objectives of Henry’s fuel reforms, with a caveat that IMF advocates for gradual reductions in subsidies that are paired with careful preparation, social support, and clear communication. But Forbes says Haiti’s protests follow a long history of fuel subsidy cuts sparking riots in poorer nations—including Kazakhstan and Ecuador in 2019, Nigeria in 2012, Bolivia in 2010, and Indonesia in 2005—and that any rise in fuel costs would likely produce that response from a cash-strapped populace.

The gangs are using the blockade to make several demands: Henry’s resignation, positions in the cabinet, and the creation of a “Council of Sages” that has one representative from each of Haiti’s 10 departments, reports Al Jazeera.

The gangs’ demands are “a symptom of their power, but also a symptom that they may fear what is coming,” said Robert Fatton, a Haitian politics expert at the University of Virginia.

While civil society organizations and the United States have called on Henry to share or transfer power, the interim PM “feels he has the full support of the Biden administration” and doesn’t want to make any such agreements, Pierre Esperance, executive director of Haiti’s National Human Rights Defense Network, told Axios.

The U.S. and Canada recently responded to the gangs’ actions by delivering armed vehicles to the country. The vehicles could be an important asset for Henry’s government to reopen the fuel terminals and resist the gangs, CBC says.

But the circumstances in Haiti are not as simple as a clear-cut standoff between the government and the gangs, as both are “inextricably linked,” Esperance alleged.

“People in power make alliances with the gangs to attack the citizens, and then we cannot talk about anything but security,” he said.