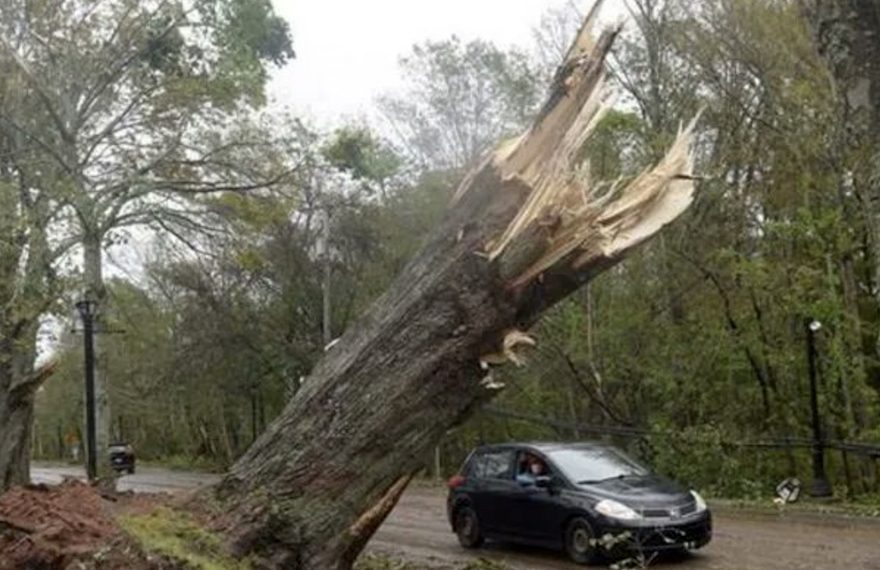 Water in all the wrong places due to global heating is leaving communities from Canada to Central Africa hungry, with Prince Edward Island reeling from a severe hurricane while millions of people in Chad face a devastating drought.

In Prince Edward Island, community groups say they are worried that inflation, rent increases, and the damage caused by post-tropical storm Fiona are leading to food insecurity among lower-income people, The Canadian Press reports.

In Central Africa, “severe drought followed by the worst floods in 30 years have led to rocketing food prices and left a record 2.1 million people in Chad acutely hungry,” Reuters writes, citing United Nations agencies. “As a result of the climate disaster, 10% of all children under five are affected by severe malnutrition, and one in three will suffer from stunted growth.”

Across Africa, climate change is interacting with and compounding “existing risks and vulnerabilities” to affect livelihoods, human security, and communities, the news agency adds, citing the Lake Chad Basin as an example. “In the 1960s, Lake Chad had an area of more than 26,000 square kilometres. By 1997, it had shrunk to less than 1,500 square kilometres, and further to 1,350 square kilometres by 2014. Decades of depletion due to climate variabilities have contributed to fueling insecurity in local communities whose economic livelihoods depend on the lake, leading to a humanitarian crisis,” with violent extremism and terrorism taking hold in Cameroon, Chad, Niger, and Nigeria.

In Canada, economic precarity combined with the impacts of Hurricane Fiona already has some households in PEI choosing between shelter and food, CP says.

Pauline Howard, a volunteer with the PEI Food Exchange, says a regulatory decision last month allowing rent increases as high as 10.8% for units heated with oil, along with a rise in spoiled food due to the storm, will cause hardship into the winter.

“People who are the working poor are, in particular, quite vulnerable right now,” she told CP earlier this month, adding that these citizens rarely have sufficient income to own and run a generator to keep small freezers going.

“It’s the layering of all these things coming at once, and people are running out of options,” she said.

Nouhad Mourad of the Charlottetown Mutual Aid group says many people had to throw food away because of extended power outages, adding that some lower-income Islanders lost pay for several weeks.

When the post-tropical storm slammed into the Island September 24, it caused about 90% of the electrical system—about 82,000 households—to lose power. About half had to do without for a week, with about 3,300 customers still without electricity as of Tuesday, October 11.

“People are being forced to choose rent over food already,” Mourad said in an interview.

Mourad said her group monitored a lineup at a Charlottetown mall on Tuesday, composed of people hoping to receive C$250 of provincial funds being administered by the Red Cross. The wait times, Mourad added, are “hours long” and the funds will fall short of the losses.

Howard said that in the first week, Maritime Electric couldn’t provide a clear timeline for when it would return power to clients. That lack of clarity, she said, prevented people from transferring their food to community centres or to friends’ homes that were powered by generators.

“If I had known that it would be at least a week, I would have looked for other options,” Howard said.

The utility has said during briefings that it had difficulty providing precise restoration times because it had to first dispatch teams to assess damage that was often complex and required extensive repair.

Matthew MacKay, the provincial minister of social development and housing, said in an email that numerous assistance programs have been rolled out, adding that the Progressive Conservative government intends to halt rent increases approved by the island’s Regulatory and Appeals Commission.

In addition to the $250 being administered by the Red Cross toward the cost of lost or spoiled food, there are $100 grocery vouchers for seniors, MacKay said. The province is already providing $150 each for social program recipients and their dependants, seniors who are being supported to live on their own, and people living in provincially subsidized housing.

The main body of this report was first published by The Canadian Press on October 11, 2022.