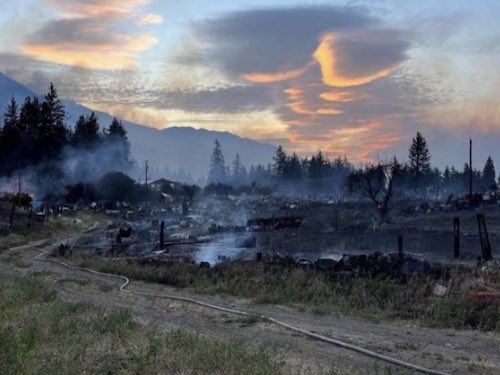 Underfunded and poorly administered, Canada’s C$3.3-billion disaster resilience fund is short on cash—and has become a symptom of Ottawa’s failure to protect small communities from the climate crisis, experts say.

The Disaster and Mitigation Adaptation Fund (DMAF) was created in 2018 to help provinces and municipalities build more climate-resilient infrastructure out to 2033, but it has already assigned $2.2 billion of the total funds, reports CBC News. Infrastructure Canada has confirmed “it has received more requests for funding than it can pay for with the money in the fund.”

This is especially bad news for small municipalities with limited budgets that “desperately need funding to invest in risk reduction,” said Jason Thistlethwaite, a climate adaptation and risk mitigation expert at the University of Waterloo.

“Communities with the resources or the loudest political voice often end up getting the funding,” he added.

Only six of the 72 projects approved under the DMAF are in Atlantic Canada—and none are in Prince Edward Island, writes CBC, where weeks after Hurricane Fiona, thousands of residents are still without power.

DMAF funding could have been used to bury PEI’s electrical infrastructure, protecting it from the devastating winds that storms like Fiona deliver, Thistlethwaite said. “We in Canada spend far more money on recovering from disasters when it’s too late to prevent them.”

A Federation of Canadian Municipalities (FCM) spokesperson told CBC that access to more adaptation funding for smaller communities is critical. “There’s much more to be done in order to make communities of all sizes more resilient in the face of destructive storms, wildfires, and more,” they said.

But a spokesperson for Infrastructure Minister Dominic LeBlanc told CBC that “other programs—including a green infrastructure funding stream—are available to address adaptation.”

Wherever adaptation dollars come from, they will be well spent. According to a recent Canadian Climate Institute report, “every dollar spent on climate change adaptation could save $5 to $6 in direct damage and generate $6 to $10 in residual economic benefits.”