70% of World’s Wildlife Has Disappeared Since 1970 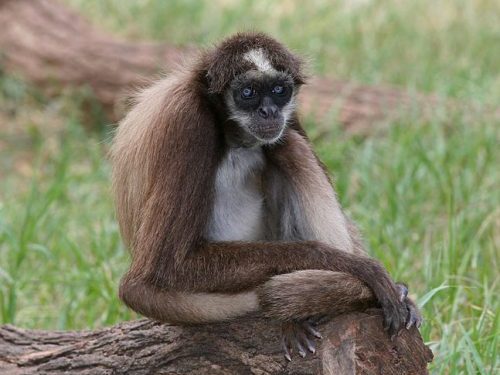 Self-interested and destructive human activity has caused wildlife populations to drop nearly 70% since 1970, says a landmark report from the World Wildlife Fund.

Looking at data from 32,000 populations of more than 5,000 species of mammals, birds, amphibians, reptiles, and fish, the WWF Living Planet Index shows that animal population drops are accelerating all over the planet, reports France 24. “In biodiversity-rich regions such as Latin America and the Caribbean, the figure for animal population loss is as high as 94%.”

Habitat degradation and destruction from urban development and agriculture, the wild animal trade, the introduction of invasive species, pollution, global heating, and disease are the main drivers behind the precipitous plunge in wildlife numbers.

“Food systems today are responsible for over 80% of deforestation on land, and if you look at the ocean and freshwater, they are also driving a collapse of fishery stocks and populations in those habitats,” he said.

The danger to freshwater habitats shows up in an 83% decline in their associated species in the past 50 years.

And the decline of wildlife populations is accelerating: the Guardian notes that the percentage drop stood at 60% just four years ago.

“Our research gives us a clear message: we’re chipping away at the very foundations of life on Earth, the foundations of the life that we rely upon, and urgent action is needed,” Robin Freeman of the Zoological Society of London and one of the report’s authors told CBC News.

There are still opportunities to mitigate the damage, WWF says. “Increasing conservation and restoration efforts, producing and consuming food more sustainably, and rapidly and deeply decarbonizing all sectors can alleviate the twin crises of climate change and biodiversity loss,” writes France 24.

With just six weeks to go before world leaders convene in Montreal for the COP 15 biodiversity summit, The report’s 89 authors call for an ambitious global agreement to come out of that summit—much like the Paris climate deal, but aimed at protecting wildlife and biodiversity.

WWF is also urging governments to properly account for and factor into their policy-making the full value of services rendered by nature, such as providing food, medicine, and water supply.

“We need to stress the fact that nature loss is not just a moral issue of our duty to protect the rest of the world. It is actually an issue of material value, an issue of security for humanity as well,” said Lambertini.

In related news, Birdlife International’s State of the World’s Birds 2022 report found that 49% of the world’s avian species are in decline, up almost 10% from the last report just four years ago.