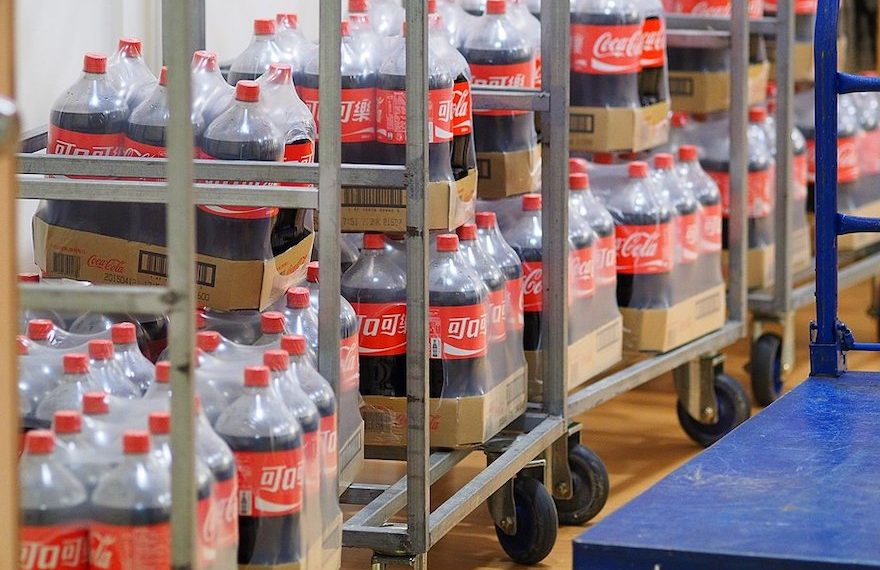 Leading plastics polluter Coca-Cola has been named as the primary sponsor of next month’s COP 27 climate summit in Egypt, prompting protests from local climate experts facing government hostility toward their work and grassroots voices from across Africa struggling to get a seat at the table.

News that Coke will be the primary sponsor for the COP 27, taking place November 7-18 in Sharm el-Sheikh, has left the climate community bewildered and angered, reports Euro News Green.

“Coca-Cola produces 120 billion throwaway plastic bottles a year—and 99% of plastics are made from fossil fuels, worsening both the plastic and climate crisis,” he said. The company’s failure to acknowledge this undeniable reality “undermines the very objective of the event it seeks to sponsor,” he added.

“It’s astounding that a company so tied to the fossil fuel industry is allowed to sponsor such a vital climate meeting,” agreed Break Free From Plastic Coordinator Emma Priestland, who described Coca-Cola’s sponsorship of COP 27 as “pure greenwashing.”

Judging from the social media response, reports Market-Interactive, the public largely agrees. Detailing the “spike in volume of negative chatter” that blew up after the sponsorship was announced, MI writes that sentiment was “overwhelmingly negative (79%), with keywords like pollution, plastic, and fuels trending heavily.”

A change.org petition calling for an end to all corporate sponsorship of COP negotiations, beginning with the ejection of Coca-Cola from COP 27, had collected 115,719 signatures as of Tuesday evening. [You know what to do—Ed.]

Responding to the groundswell of indignation over its sponsorship of COP 27, Coca-Cola invoked its recent signing of joint statements “urging United Nations member states to adopt a global treaty to tackle the plastic waste issue through a holistic, circular economy approach,” writes Euro News Green.

“We are prepared to do our part and have set ambitious goals for our business, starting with helping to collect and recycle a bottle or can for every one we sell— regardless of where it comes from—by 2030,” a spokesperson said.

But “if Coca-Cola really wants to solve the plastic and climate crisis, it needs to turn off its plastics tap. Ending Coca-Cola’s addiction to single-use plastic is an important part of moving away from fossil fuels, protecting communities, and combating climate change,” Greenpeace’s Hocevar told the Guardian.

The Coke spokesperson also pointed to the company’s climate targets—a 25% drop in absolute carbon emissions from its in-house operations by 2030, en route to net-zero by 2050

Even as they lay out the welcome mat for Coca-Cola, Egyptian authorities are signalling a distinct lack of enthusiasm for the work of climate scientists and activists, both at home and abroad.

They also seem less than fully committed to ensuring that delegates from the poorest, most climate vulnerable countries—many of which are in Africa—can attend.

According to a newly-released report by Human Rights Watch (HRW), Egyptian authorities have imposed “arbitrary funding, research, and registration obstacles that have debilitated local environmental groups, forcing some activists into exile.”

“These restrictions violate the rights to freedom of assembly and association and threaten Egypt’s ability to uphold its environmental and climate action commitments,” said the organization’s environmental director, Richard Pearshouse.

“Some of the individuals interviewed by HRW said it was impossible to secure research permits, or interview people about environmental issues, for the fear they or those they speak to could be arrested,” reports Al Jazeera.

In Egypt, environmental research and activism have grown increasingly difficult and perilous since President Abdel Fattah el-Sisi seized power in 2014.

HRW urged the country’s government to end its “unlawful surveillance and intimidation tactics,” adding that as COP host, “it was incumbent for the government to provide participants visas on time,” writes Al Jazeera.

The human rights organization urged other UN Framework Convention member states and the Secretariat to “press the Egyptian government to make sure environmental groups feel it is safe to engage in and beyond the COP.”

The el-Sisi government also needs to work harder to ensure that COP 27, which is being billed the African COP, permits and encourages the voices of grassroots activists from across the African continent.

While it has contributed least to the climate crisis, Africa is the continent most affected by the Earth’s disintegrating climate. Hundreds have been killed in floods and landslides in this year alone, “while as many as 37 million face starvation after four consecutive droughts in the greater Horn of Africa,” writes the Guardian.

Despite the clear imperative that they attend COP 27, particularly as its hosts vow to put loss and damage and climate finance high on the agenda, a scant fifth of the grassroots activists from Africa seeking to attend the event have secured accreditation, “and only a handful have funding to cover expenses such as travel, accommodation, and visas,” the Guardian says, citing a coalition of African youth climate leaders.

“Not a single young activist from countries including Egypt, Burundi, the Democratic Republic of Congo, Mali, Tanzania, Morocco, Chad, South Africa, Benin, and Somalia has so far secured a place at COP 27,” the UK-based paper adds.

“I have a voice, I want the privilege to speak,” said Goodness Dickson, 29, from Abuja, Nigeria. “Despite Egypt being called an African COP, we’re having a very serious challenge and many countries most affected by the climate crisis won’t be represented.”

At last report, some 90 heads of state have confirmed attendance at COP 27, including U.S. President Joe Biden.