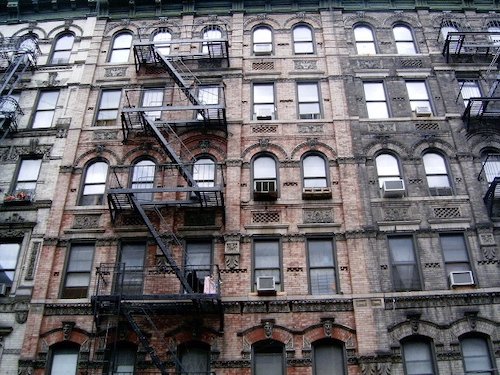 NLT’s eight-month study in collaboration with tenants and community partners concludes [pdf] that the financialization of housing—treating it as a commodity rather than a public good—affects tenants’ well-being and housing needs.

In 2022, for a new tenant to afford an advertised bachelor suit—paying the accepted benchmark of 30% of their household income—NLT found they would need to earn C$60,000 annually. Affording an advertised two-bedroom unit would take an annual income of C$90,000. The median household income of surveyed Parkdale residents is $32,400, making the new asking rates unaffordable to most of them.

As a result, tenants in Parkdale have faced intensified threats of eviction, systemic neglect of maintenance, and racial discrimination, the trust says. The rate of eviction filings in Parkdale is 33% higher than Toronto’s average, with tenants living in constant fear of rent increases. And this is true across the board: whether their apartments are owned by financialized landlords, corporate landlords, or small-scale landlords, private owners of all types are taking advantage of this business model and the absence of public policy protections.

Tenants are left with no option but to compromise on other basic needs to pay the rent. In an NLT survey of 211 tenants living in a sample of 11 Parkdale buildings, 30% said they had made partial or late rent payments, 39% had partial or missed bills or credit card payments, and 41% said they couldn’t pay for medicines or uninsured medical costs. More than 40% of respondents faced food insecurity, NLT found.

In these dire conditions, around 45% of respondents reported landlord harassment, such as bullying, physical threats, racist or other discriminatory behaviour, and interference with tenant organizing. And despite the corporate upgrades and advertisements for “first-class” rentals, 74% of respondents reported living in inadequate housing, with pests like mice and cockroaches a common maintenance issue. Heating and cooling issues presented a problem for 46% of respondents, and plumbing problems, malfunctioning appliances, holes in walls, lack of hot water, broken windows or doors, and broken smoke alarms were among other widely reported issues.

Redressing the increasingly inhumane and unjust state of the Parkdale rental housing market will require “systemic improvements to tenant protections and the decommodification of rental housing,” says NLT. A just housing market calls for the “acquisition and conversion of private rental towers to public- or non-profit-owned housing that is affordable for low- and moderate-income households.”