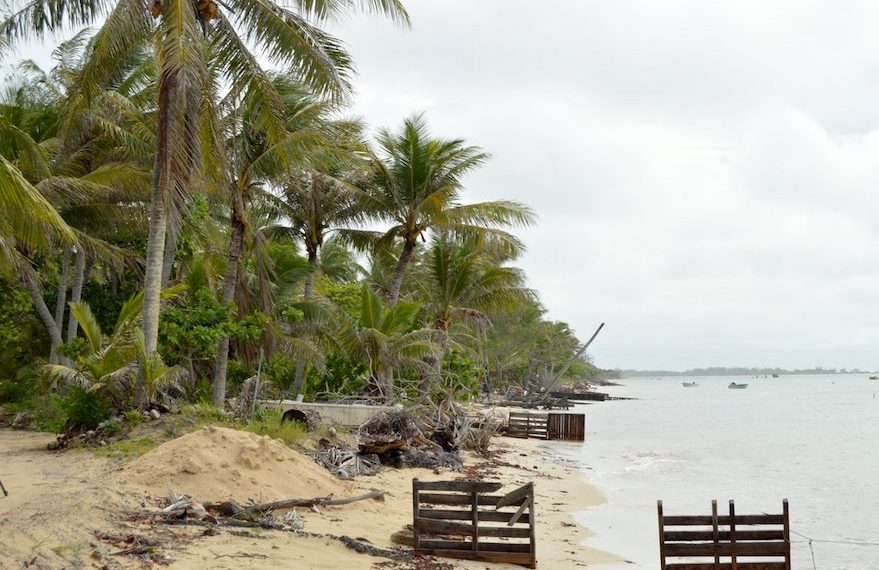 Australia has violated the rights of a group of Indigenous islanders by not protecting them from the impacts of climate change, the United Nations Human Rights Committee ruled last week.

The committee was responding to a 2019 complaint from eight Torres Strait Islanders and their children, members of “several Indigenous nations who live on small clusters of low-lying islands dotted between Australia and Papua New Guinea,” CBC reports. While the ruling isn’t legally binding, the complaint “is one of a growing body of climate cases being brought around the world on human rights grounds, and the ruling is expected to embolden others.”

Plaintiff Yessie Mosby of Masig Island told CBC the teardrop-shaped atoll has provided for his people for thousands of years, supporting a culture that dates back 60,000 years. But “since 2019, he says the island has lost five metres of land,” the national broadcaster writes. “Huge swaths of coconut trees have been washed away. There are fewer fish, he says, and so Islanders must go farther than ever from the shore to bring home food. And the seabirds that once made their homes on the island are dwindling away.”

For Mosby, the breaking point came in 2018, when coastal erosion damaged local burial sites, forcing him to help his uncle collect their bones “like shells off a beach,” he said.

“This island is awesome. It’s worth fighting for, I’ll tell you that,” he said. “On top of that, it’s sacred, because our loved ones are buried right through this island.”

The Torres Strait Islanders’ first move was to take their concerns to the notoriously coal-friendly government of then-Australian prime minister Scott Morrison.

“It affected us mentally, physically, and spiritually, and I said now something has to be done,” Mosby told CBC. “We gave the government an invitation to come up to see our home, which the government refused… so that drove me to, you know, join this fight.”

With a new national government in office, Australia has since adopted new emission reduction targets, and Climate Change and Energy Minister Chris Bowen has visited the islands. But “the UN committee said that by not taking action to curb climate change, the former government had violated two of the three human rights set out in a UN Treaty, the International Covenant on Civil and Political Rights (1966), pertaining to culture and family life. It called on Australia to provide the islanders with an effective remedy.”

The islanders are asking Australia to make the shift from fossil fuels to renewable energy, support the international push for a 1.5°C limit on global warming, fund climate adaptation programs on the islands, and “support Torres Strait communities as they build community-owned renewable energy sources,” CBC says.