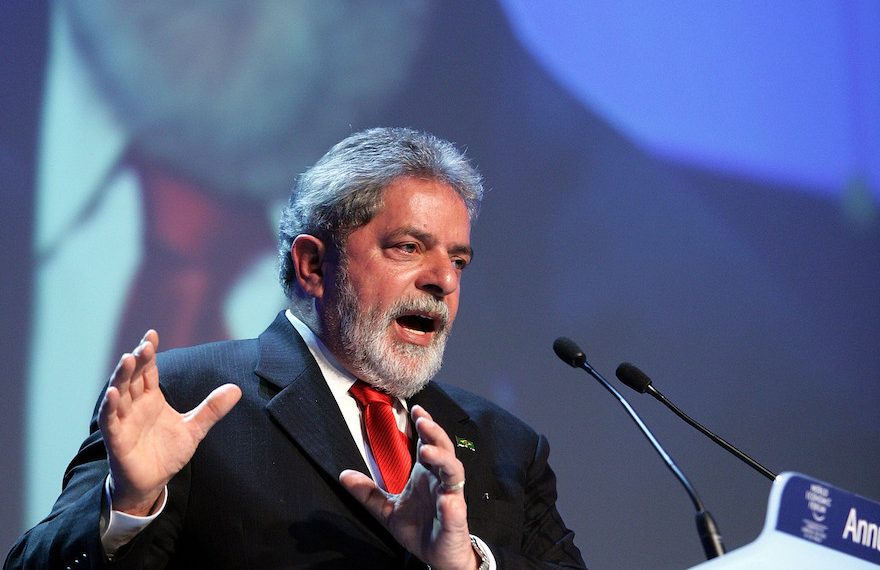 The vote took place with the country’s national space institute reporting a record 42,000 wildfires in September, the first time since 2010 that Brazil exceeded 40,000 fires in a single month, The Associated Press reports.

Much of that loss was due to policies under Bolsonaro, aka “Capitão Motoserra” (Captain Chainsaw), who has presided over four years of massive Amazon deforestation and an alarming increase in violence against Indigenous peoples and their allies. Last week, analysis at the University of Oxford concluded that forest loss in the South American country could fall 89% if Lula defeats Bolsonaro.

Lula, who served as Brazil’s president from 2003 to 2010, out-polled Bolsonaro by nearly five million votes in Sunday’s election, Bloomberg reports. But he only received 47.9% of the more than 115 million votes cast, to Bolsonaro’s 43.6%, with 97% of the ballots counted. That result triggered a second round in which one of the candidates will have to clear the 50% threshold.

Pre-election polling had projected Lula winning a clear majority yesterday. “Bolsonaro had claimed for months that the polls were underestimating his support,” the New York Times writes, and “on Sunday, it was clear that he was right.”

But Bolsonaro will still have a large deficit facing him over the next four weeks, after a gruelling campaign in which he repeatedly set the stage to challenge the results, in the manner of his American role model Donald Trump, if he lost.