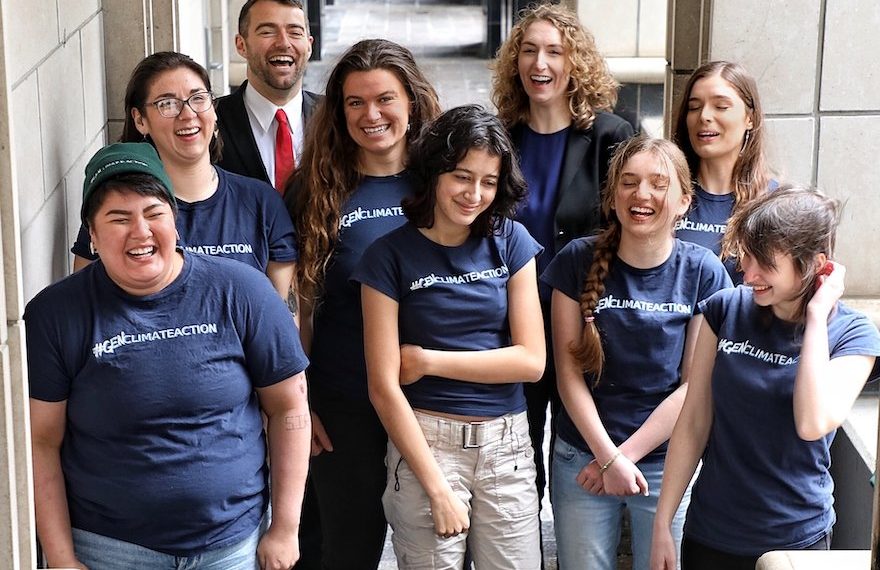 Ontario’s climate plan is just a “communications product” and a “glossy brochure” with no legal force, not anything for which citizens or the courts can hold the Doug Ford government accountable, a provincial lawyer told a judge last week.

Zachary Green, counsel in the Constitutional Law Branch of the provincial Ministry of the Attorney General, was responding to a court case launched by seven youth plaintiffs who say the government’s weakening of Ontario’s 2030 climate target violated their rights to rights to life, security of person, and equality under the Charter or Rights and Freedoms. In response, “the province finds itself arguing that its own climate plan cannot bring about change,” the Toronto Star reports, arguing that the watered-down target “is merely aspirational, part of a plan that has no legal force.”

“It has no compulsory effect on emitters,” Green said. “It was never intended—and is not on its face—a statement of the maximum allowable greenhouse gas emissions in the province of Ontario in 2030.” So even if a court ordered the Ford government to adopt a more ambitious climate target, it “would not affect emissions”.

The provincial plan as it now stands “looks a lot like… the vast array of government communications that announce policy priorities, aspirations, and plans for the future,” he added. “It is not a law that allows, authorizes, permits, prohibits, or requires any emissions.”

The province also argued that climate change is too big a problem to be solved “within the bounds of Ontario,” the Star says, and that the Supreme Court of Canada gave the federal government jurisdiction over climate change when it upheld the constitutionality of a national floor price on carbon (which Ontario went to great ends to oppose before the court).

Plaintiffs’ lawyer Nader Hasan of Stockwoods, LLP said the province’s arguments shouldn’t insulate it from its responsibilities under the Constitution.

“If the target and plan are not reviewable, then I fear that governments’ action in this country on climate change will be immune from judicial scrutiny,” he said. Hasan called the province’s arguments “a blueprint for rendering governments immune from constitutional judicial review on some of the most important decisions that any government in this country will be making for the foreseeable future.”

But “fortunately,” he added, “their position is not supported by law.”

The province hasn’t always taken such a dim view of its own climate program. The government “previously held up the plan in court as a serious commitment to combating climate change,” the Star writes. “In its Supreme Court filings, Ontario said its climate plan rendered the federal carbon tax unnecessary.”