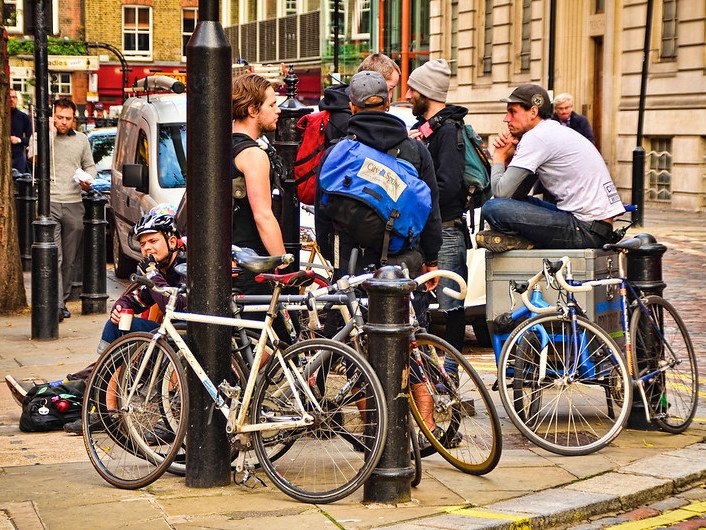 The New York City Housing Authority (NYCHA) is proposing to ban e-bikes from public housing after a rash of fires linked to lithium-ion batteries, Canary Media reports. But eco justice advocates warn the restriction would unfairly penalize immigrant and low-income couriers—who increasingly rely on electric two-wheelers for deliveries sometimes 30 to 50 blocks away.

Some 65,000 couriers work in the city—and many of them store and charge e-bikes at home, often in public housing. “This burgeoning group of e-bike users has encountered hurdles, ones that raise complicated questions about who can access electrified transportation and how.”

The most recent hurdle is the proposed NYCHA e-bike ban, offered as a solution to the rising number of building fires. New York City’s fire department says 130 fires have been linked to lithium-ion batteries so far this year, resulting in 73 injuries and five deaths. “That’s up from 104 investigations for all of last year, and it’s a dramatic leap from the 44 fires linked to batteries in 2020 and the 30 in 2019,” Canary Media says.

Lithium-ion batteries are “generally considered to be safe”—especially those certified by Underwriters Laboratories. But explosive danger lurks in batteries made, repaired, or charged on the cheap, the news story states.

And the drive to do things “on the cheap” is strong. “Delivery workers, under pressure to quickly fulfill numerous orders, often don’t have time to stop and charge their batteries,” Canary Media writes. Instead, they swap in a charged battery from the back of a convenience store or bike shop where multiple battery packs are plugged in at once. And “damaged batteries are often repaired in local shops, not necessarily by the original manufacturer or retailer.”

Policy-makers need to focus on improving facilities and making e-bikes safer instead of simply banning them, say advocates like Alexa Avilés, city councillor for Brooklyn’s Sunset Park neighbourhood, where many couriers live.

“We need to be more holistic in our approach,” said Avilés. “Multiple levels of government are going to need to think about a smart policy strategy that is much more comprehensive, rather than just an outright ban.”

Smart policy would include promoting the use of inexpensive outlet timers, available online for around US$7. These small devices prevent overheating, which can happen if a battery is plugged in for an extended period—like overnight. The outlet charger stops power flow when the battery is charged and can even help preserve battery life.

Financial support to help people afford better quality e-bikes on low incomes would also be part of a more holistic approach, as would a network of secure public e-bike storage and charging stations.