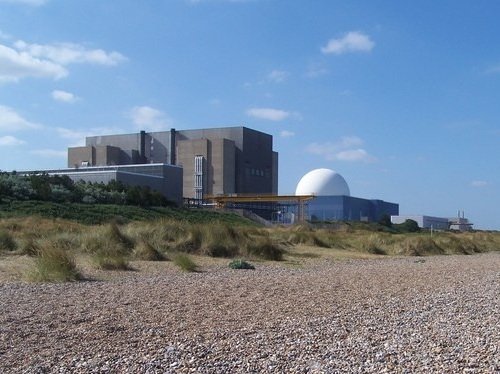 The incoming British government is committed to building a new generation of nuclear power stations to provide a quarter of the  nation’s electricity. But how it is going to happen remains a mystery.

In a statement made in the minutes before the death of Queen Elizabeth II was announced Thursday, the new British Prime Minister, Liz Truss, promised that the new organization Great British Nuclear would be launched in the coming months, with a mandate to plan and deliver a generation of reactors to provide 25% of the UK’s energy electricity needs.

With Britain’s ageing fleet of advanced gas-cooled reactors already closing because of cracks in their graphite cores, this means replacing units on multiple sites. The government is already funding research and development into small modular reactors and nuclear fusion, but there is no sight of any new designs actually being built.

What is in the project pipeline is four giant European Pressurized Water Reactors (EPRs), a French design that is proving deeply problematic both in terms of delays and escalating costs. Two reactors have been under construction at Hinkley Point in Somerset for four years and are currently expected to begin generating electricity in 2027—10 years later than originally planned.

Key to the future rollout of the UK’s ambitious nuclear program is a decision on the second two EPR reactors planned for Sizewell C on the Suffolk coast.  Between them, all four reactors would provide electricity for up to 12 million homes, or about 10% of the UK’s needs—that is assuming that they work as planned.

Earlier this month, in his last policy speech as outgoing prime minister, Boris Johnson promised £700 million of government money to try and get the Sizewell project off the ground. This is not to help with construction costs, but merely the preparatory work to get the plans to the final investment decision—at which point someone will have to find between £20 and £30 billion (US$23.1 to $34.70 billion) to actually build them.

One of the reasons the British government was forced to put money into the project was that the Sizewell EPRs were originally going to be a partnership between the French and Chinese. The increasing hostility between the UK and China has meant the Conservative government is essentially freezing China out of the project for security reasons.

Behind the scenes, that is causing serious problems for the project, mainly because someone else has to put up the money to build the station. The cash-strapped French nuclear company EDF simply has not got the money—it is already close to technically bankrupt and is being taken back into 100% ownership by the French state to avoid such a financial calamity.

The British government plans to raise part of the money by making consumers pay a levy on their bills to finance the station, in effect a nuclear tax. But in a world of soaring energy bills, this is not going to find favour with bill payers who will get no benefit for decades, if at all. The new tax is unlikely to be levied in the current crisis, so instead government ministers are approaching Middle East states asking them to invest in the project.  So far, there have been no takers.

Meanwhile, things are not going well for either Hinkley Point or Sizewell. It was reported in the French press that Boris Johnson’s announcement of the injection of £700 million for Sizewell was intended to be part of a deal announced with EDF for the French government to make a similar commitment. Instead the French refused and delayed any decision until an auditor’s report has been produced—an ominous sign.

At Hinkley Point, an application by EDF not to fit acoustic fish warning devices to its water cooling intake pipes because it would be too dangerous for divers was refused by the Department of Environment. The calculation that 800 million fish a year would be killed by the intakes, including protected species like salmon, proved too much for the planning inspector, and he was backed by ministers.

That will be ominous for Sizewell C, too, because these reactors have exactly the same cooling requirements and will need similarly expensive fish deterrents.

Perhaps the EDF and the UK government’s biggest handicap (apart from the money) is public opinion. Britain has a thriving wind sector, the second-largest offshore wind industry in the world. The price of electricity it produces is currently one third of new nuclear and continuing to fall. Many new wind projects are under development or construction, and all will be finished before Hinkley is completed or Sizewell is half built.

Solar is cheaper than offshore wind and only marginally more expensive than onshore turbines. Both are very popular with voters but onshore wind farms are virtually banned in England because of planning restrictions placed by previous Conservative governments.

Scotland has different laws and a thriving onshore industry, bringing many jobs and nearly 100% renewable energy. The devolved government also has a resolve not to allow any new nuclear stations, further restricting the chances of a string of stations being built in the UK.

And around Sizewell in Suffolk, resistance to the new reactors is strong, given a boost by the planning Inspector’s recommendation that the application to build the station should be refused.

This recommendation was overturned by the government, but now protestors will have their day in court contesting the political decision as unlawful.

None of this makes the nuclear industry look very inviting to potential investors.