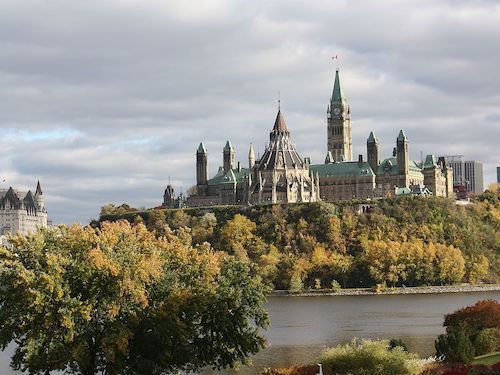 Chris Severson-Baker is the newly-appointed executive director of the Pembina Institute. In this feature interview, he talks about what it will take to turn climate plans and promises into real investments in faster, deeper carbon cuts.

The Energy Mix: With the climate conversation in Canada moving from the “what” to the “how”, actually translating promises and intentions into faster emission reductions, what are Pembina’s immediate priorities?

Severson-Baker: This was a big part of my conversation with our board when I came in. There’s a sense of urgency about the next eight years, between now and 2030. There’s been a lot of progress in making announcements around the climate plan and the level of ambition. Now we have to figure out how to implement that.

We work across seven different program areas (oil and gas, electricity, buildings, transportation, equitable transition, renewables in remote communities, and the Business Renewables Centre – Canada), but two of them are really live right now. The first is the need for the government to follow through and implement the oil and gas emissions cap, and to do it in a way that provides certainty around investment and decarbonization. We need to see some of those net-zero pledges from industry translate into real investments in decarbonization, and some of that huge surplus of revenue that oil and gas companies are taking in going to addressing their carbon footprint.

The other one is the net-zero grid and the Clean Electricity Standard. There’s an urgent need to  shift the grid we have today toward where we want it to be in 2035—fueled by clean energy—and simultaneously stop us getting locked-in to emitting forms of power like natural gas unless those emissions are being captured.

The Mix: How has that answer been shifted or reshaped by the U.S. Inflation Reduction Act?

Severson-Baker: The priorities remain the same. The reality is that the U.S. was completely stuck. They weren’t moving ahead, whereas Canada was starting to make good on its 2030 and 2050 targets. Now all of a sudden, the U.S. is unstuck and they’re moving quickly. It certainly removes any sense that Canada is getting too far ahead of the U.S. to our economic disadvantage.

The Mix: Is there now an economic disadvantage in moving too slowly?

Severson-Baker: One question is whether Canada will be able to attract investment capital for large-scale solutions. If you can make more money in the United States, you might not want to invest in Canada. Whereas if Canada has a more stable, secure policy regime and there’s some certainty about the long-term price of carbon, maybe Canada is the more attractive place to invest.

When you think about methane abatement, we know that companies in the cleantech sector have developed solutions to detect, measure, and capture methane to enable oil and gas companies to comply with more stringent regulations in Canada. These cleantech companies can export that know-how outside Canada, and that creates jobs and opportunities.

Another competitiveness issue as we move ahead is that there’s going to be increasing demand for clean energy and decreasing demand for high-carbon energy in its various forms. If we don’t shift our mix, our market won’t be the same, and it could actually shrink over time. Or if we’re very inefficient about how we use electricity because we haven’t gotten into smart grids or demand-side management, which is a really inexpensive way to free up an electron, we won’t be able to sell that electron at a higher price to a growing U.S. market.

The Mix: The federal government’s biggest challenge, and probably its biggest failure at this point, has been in trying to get the fossil sector genuinely onboard with emission reductions. How do you see that ending?

Severson-Baker: The oil and gas sector continues to represent such a huge proportion of our emissions, and we’re seeing emission reductions in other sectors of the economy but not in oil and gas. When there are improvements, they’re not on a gross basis, just on a per barrel basis—so overall emissions aren’t decreasing. The biggest challenge there is that the Alberta government is needed as a significant partner in achieving net-zero in Canada, whether we like it or not, and it’s not stepping up with a climate plan or a 2030 or 2050 target to reduce emissions. That’s creating a lot of uncertainty, because, without clarity that Alberta is committed to the same goals as the rest of the country, companies can remain hesitant on implementing emissions reductions.

Industry is a very powerful part of the economy. At the moment ,they’re saying they can technically reduce their emissions to net-zero, but they’re waiting until a future point in time when there’s more policy certainty. So the federal government really needs to lay out the rules that would put CEOs in a position of having to go back to their shareholders and say this is a requirement, we have the technology, we’ve made the commitments, and now it’s no longer a choice. We have to do it.

The Mix: Would that ‘serious’ commitment mean reductions in oil and gas extraction to really drive down emissions?

Severson-Baker: When we start to see the major decarbonization projects proposed, then industry will have a lot of skin in the game. That should provide some comfort that the companies genuinely believe the emission reductions will be achieved if they implement these technological solutions. Some of those things will just be more significant energy efficiency measures, projects to capture fugitive emissions, or substituting solvents for steam and using other methods to get the oil out. These are things they’ve been researching for decades with a great deal of public funding. It’s a question mark whether they’re going to work, but if we start to see actual proposals and regulatory applications, it gives an indication that they’re serious.

The Mix: The release announcing your appointment referred back to Pembina’s roots in Drayton Valley. How has the organization’s role and positioning evolved over the decades, and what’s next?

Severson-Baker: Pembina started out as a grassroots organization. People in the area reacted to a major incident in the oil and gas sector and decided they needed to do something to protect their own environment, human health ,and animal health in the region. They quickly realized that in order to really influence how development was occurring in their local area, they had to get involved with policies at the provincial, then the federal level. So some of that origin story is realizing where the real decision-making is and wanting some direct influence over that.

Even though we are a national organization with offices across Canada, Pembina still retains this sense that it started off in a small Alberta community based on oil and gas, forestry and ranching. So before we make policy recommendations to government, we should really understand the implications for the communities and workers that would be affected by those changes.

That’s even more important today in climate policy. This is a huge transformation of our energy system, and everybody needs to see a better future for themselves in that. Otherwise, you’re not going to have enough support, and you’ll see an awful lot of resistance to change.

The organization is very diverse compared to when I first joined. And something else that’s changed is that the organization is a bit older. It used to be an organization of 20-somethings. Now it’s the whole spread. You’ve got people who are very young, right out of university, who are taking on challenging projects and doing great. But you’ve also got people at different stages in their careers sticking around, or coming back to work here.

The Mix: Pembina has been a really effective incubator of talent and expertise that has spread across the climate community. How do you see the extended network of Pembina alumni helping to accelerate climate action in a moment when we need that to happen?

Severson-Baker: It’s something I’ve been thinking about a lot lately. I’ve found myself tapping into that resource a lot. People have gone on to all kinds of interesting careers after getting their start at Pembina. They’re at all different levels of influence, they have a lot of wisdom and insight to share, and they’re more likely to share it with you in a family kind of way, a little bit more direct and pointed, which is really refreshing and helpful. And I know they talk to each other, that there’s some kind of kinship there. These are the kinds of conditions that are absolutely critical if we’re going to define problems clearly, come up with solutions, and be creative and innovative.

These people are all working overtime to try to figure how to chart a path to net-zero, and thank goodness for that. Because otherwise, we could get completely mired down in how challenging this is.

The Mix: Pembina takes criticism from both sides—it’s seen as moving the issues too slowly by some elements of the climate community, and has faced direct threats from the more radical fossil fuel interests in Alberta. How do you answer the criticisms and define the balance that you’re trying to strike?

Severson-Baker: There’s clearly a lot of interest in maintaining the status quo from companies and individuals that are clearly benefiting from the way things are currently configured. They tend to be fairly powerful voices, with very significant resources available to them and a channel to the decision-makers. That group exists, even though they’re surrounded by other members of the fossil fuel sector who can see a path to economic prosperity while addressing climate change, and a lot of huge opportunities for growth in renewables. Then on the other end of the spectrum, there are people calling for drastic emission reductions because we’re already experiencing the negative effects of climate change, it’s already too late to prevent those effects, and it’s getting worse with every day that goes by.

Those are both understandable positions to take. We focus on how to achieve the deep reductions and the rapid transformations that are needed by operating within the system we find ourselves in. We’ve got certain kinds of infrastructure to produce and consume energy. We’ve seen recently that changing the price of transportation or electricity or heat can have really significant impacts for a great many Canadians, and we’ll very quickly lose support for this transformation if they’re feeling insecure about rising costs.

So we’re trying to embrace the complexity that comes with that system and make sure our recommendations are practical. We’re calling for substantial change that will affect parties that enjoy the status quo, and there are people who think we need to move much faster. We try to walk that line between pushing as hard as possible and making as deep a reduction as possible in a way that is going to endure, in a way that is going to last.

The Mix: You’ve been saying that so much of this is about thinking big.

Severson-Baker: There’s a very direct path between Canada leading on climate change and having the ability to influence the rest of the world to move faster and be more ambitious. Sometimes it can feel like the scale of the problem is so great, and here we are working on these very specific, incremental measures. But if Canada shows up on the international stage and says with some legitimacy that we’re delivering on our climate commitments, we’ll have a chance to influence how quickly the rest of the world tackles this problem.

We also need to appreciate just how quickly and significantly we need to scale up everything to achieve our goals. We’ve seen the government announce significant funds for different programs, then struggle to deploy those funds and get money into the hands of people who can develop those renewable energy or storage projects. We need to think big and go big across the whole economy and make sure the government has the capacity to fully implement those programs.