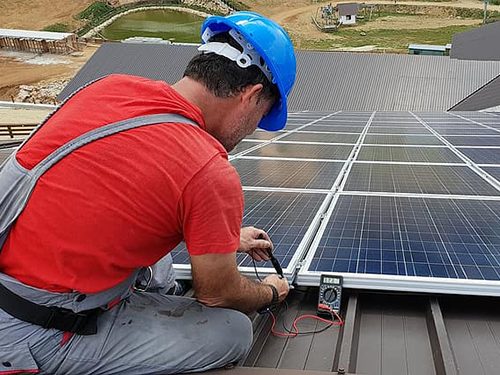 Clean energy companies employ more than half of the 65 million workers in the global energy sector, according to an International Energy Agency (IEA) report that urges a just transition to support the “energy work force of tomorrow”.

The IEA’s first-ever World Energy Employment report says the success of the clean energy transition, made urgent by the energy crisis triggered by Russia’s invasion of Ukraine, rests on the shoulders of those workers.

The report, released last week, forecasts a rapid job shift in the energy sector as decarbonization and net-zero targets push new renewable energy projects online. But the IEA cautions that growth must be coupled with people-centered employment polices to ensure a just transition for workers.

“The transition to a secure and sustainable energy future for all requires unprecedented shifts in the global energy sector,” IEA Executive Director Fatih Birol writes in the report’s foreword. “Its success will depend a great deal on the actions governments, industry, labour representatives, and educators take to prepare the energy work force of tomorrow.” he added.

“Above all, it will depend on the capable workers responsible for designing, building, operating, and overseeing the new energy economy.”

The IEA breaks down energy employment statistics by sector, region, and value chain using data from 2019—the most recent year for which comprehensive numbers are available. It also includes “high-level estimates” of employment in 2021 and 2022, based on new and upcoming projects like building energy efficient power plants, bringing oil wells online, and expanding and updating grids.

Overall, the energy sector employed more than 65 million people in 2019, roughly 2% of the entire global work force. Jobs were almost equally distributed across fuel supply, the power sector, and end uses like energy efficiency and vehicle manufacturing. Although energy employment fell with the onset of the COVID-19 pandemic, it is now back at pre-pandemic levels and is expected to continue rising through 2022, with clean energy accounting “for virtually all of the growth in energy employment,” the IEA says.

The Paris-based agency says the report is meant to give policy-makers a baseline snapshot that helps them navigate workers away from the declining fossil fuel industry, towards positive employment opportunities in clean energy. Many fossil employees have transferable skills, the IEA stresses: for instance, skills in petroleum and oil engineering are applicable to geothermal energy production, and chemical engineers in refineries can apply their knowledge towards the production of green fuels and hydrogen.

Though energy sector employment is set for its fastest growth in recent years, several risks could derail the momentum, the IEA warns. “Ongoing labour shortages and increased worker turnover are creating challenges for hiring and recruitment,” with oil companies in particular facing challenges hiring and retraining staff. The projections also reflect the rapid shifts under way in the sector, with coal mining jobs especially vulnerable.

The strong demand for highly skilled workers—45% of energy sector jobs are high-skill occupations, compared to an average of roughly 25% across the entire economy—has created a competition for labour that is increasing turnover rates and driving up wages. In this competitive energy labour market, established sectors like nuclear, oil, and gas offer high wages and attract more workers, while those with a high share of construction jobs tend to offer lower wage premiums. Newer sectors also lack the developed union representation of the fossil fuel industries, especially in emerging economies, says the IEA.

The clean energy work force could also benefit from more diverse hiring practices, the IEA says. Women hold 16% of the jobs in the global energy sector, compared with 39% across the entire economy. The proportion is higher in the U.S., at 30%, but women still hold a smaller proportion of jobs in clean energy than in traditional fossil fuels, says Canary Media.