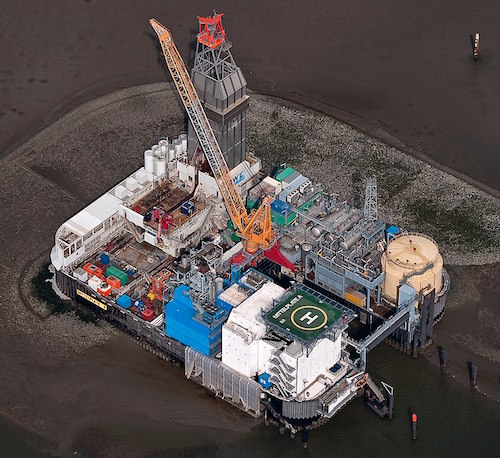 Truss also said she would introduce price caps today to help Britons cope with soaring home energy bills, aiming to “give people certainty” they can get through the winter with “the energy supplies they need and be able to afford it,” Upstream reports.

Truss was expected to announce £130 billion (US$150 billion) in government-backed loans to fossil energy suppliers, aimed at holding prices at today’s levels over this winter and next, the news story states.

An earlier report that Truss had announced a citizens’ assembly on the climate, energy, and cost of living crises turned out to be fake news circulated by Extinction Rebellion.

“But we can’t just put a sticking plaster on it,” Truss said of the acute cost crunch facing British consumers and businesses. “What we need to do is increase our energy supplies long-term. That is why we will open up more supply in the North Sea… that is why we will build more nuclear power stations.”

Truss rejected calls for a windfall profits tax on fossil companies, beyond the double-sided attempt that the previous Boris Johnson government introduced in May. “I believe it is the wrong thing to be putting companies off investing in the United Kingdom just when we need to be growing the economy,” she said.

In the past, Truss has supported oil and gas fracking and opposed onshore wind and solar farm, the Guardian writes.

To implement her plan, Truss tapped MP Jacob Rees-Mogg as secretary of state for business, energy, and industrial strategy. Rees-Mogg, who represents the southwest England constituency of North East Somerset, has called for more North Sea oil and gas extraction, described fracking as an “interesting opportunity”, and declared himself “very much in favour” of developing small modular nuclear reactors, CNBC reports.

“We need to be thinking about extracting every last cubic inch of gas from the North Sea because we want security of supply,” he said.

“2050 is a long way off,” he added, in response to the UK’s legally binding target net-zero target. “We’re not trying to become net-zero tomorrow, and we are going to need fossil fuels in the interim, and we should use ours, that we have got available.”

The country’s new energy secretary “has claimed that ‘climate alarmism’ is responsible for high energy prices, and that it is unrealistic for scientists to project future changes to the climate because meteorologists struggle to correctly predict the weather,” DeSmog writes, as part of chronology of the new minister’s climate positions. In one March, 2014, interview, “Rees-Mogg said he thought humanity should adapt to, rather than mitigate, climate change, and cast doubt over the effectiveness of humans’ ability to change the climate for future generations,” contrary to the findings of a UN science report at the time.

Dave Timms, head of political affairs at Friends of the Earth, told CNBC that Rees-Mogg’s appointment is “deeply worrying for anyone concerned about the deepening climate emergency, solving the cost of living crisis, and keeping our fuel bills down for good.” Rebecca Newsom, head of politics at Greenpeace UK’s head of politics, agreed that Rees-Mogg is “the last person who should be in charge of the energy brief, at the worst possible moment.”

On Wednesday, a cross-party group of 29 MPs and peers urged Truss “to recommit to net-zero and push forward with measures that would reduce greenhouse gas emissions, and help to bring down soaring energy bills,” the Guardian writes.

“The decisions your government takes will have a noticeable impact on the lives of people across the country and indeed our entire planet,” they wrote. “We hope that as prime minister you will continue to support measures to reach net-zero by 2050 or sooner in this country, whilst also being a global champion for climate and nature on the international stage.”

Separately, the UK’s influential Climate Change Committee (CCC) called for greater investment in renewables and energy efficiency, warning that increased gas production won’t get the country out of its energy crisis, Upstream says.

“Greater domestic production of fossil fuels may improve energy security, particularly this winter, but our gas reserves—offshore or from shale—are too small to impact meaningfully the prices faced by UK consumers,” the CCC wrote in a letter to the new cabinet. “Energy security and reducing the UK’s exposure to volatile fossil fuel prices requires strong policies that reduce energy waste across the economy and boost domestic production of cheap and secure low carbon energy.”

Former Conservative energy minister Chris Skidmore, chair of the All-Party Parliamentary Group (APPG), told the Guardian he was “not worried” that Truss would backslide on net-zero, adding that Rees-Mogg will be bound by the cabinet’s collective responsibility and Truss’ own policy-making. “The direction is set from the top,” he said. “I’m sure whoever is secretary of state will abide by collective responsibility, and the prime minister sees net-zero as an opportunity to deliver economic growth.”

It appears the UK public will expect nothing less. A survey for the RenewableUK trade group found that 77% of respondents supported greater investment in solar and wind farm to drive down energy costs.

“That includes more than four-fifths (82%) of those planning to vote Conservative in the next election and 84% who voted Tory in 2019, despite opposition to solar farms from the new Prime Minister Liz Truss,” the Evening Standard reports. “The poll also highlighted high levels of support from people across the country for having a renewable project in their area, with 76% of those quizzed saying they would back a green scheme nearby—including 81% of Tory voters.”