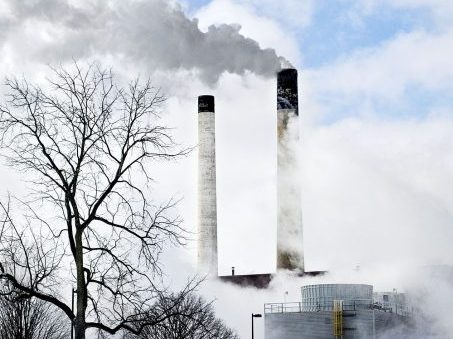 A new analysis has pegged the social cost of carbon at US$185 per tonne, more than triple the figure the Joe Biden administration currently uses.

“The economic toll of deadly heat waves, crop-killing droughts, and rising seas that each additional tonne of carbon dioxide levies on society is much higher than the United States government tallies when considering new regulations,” reports the Washington Post.

The new estimate of the social cost of carbon (SC-CO2), published in the journal Nature and led by the University of California at Berkeley and Resources for the Future, “could renew pressure on President Biden to hike the federal government’s own estimate,” the Post writes.

What Biden does will matter, as the U.S. “plays a major international role in setting the social cost of carbon,” with many countries either picking up the U.S. estimate directly or using the same methodology for their own calculations, said Stanford University economist Marshall Burke.

The current U.S. estimate of roughly $51 per tonne marks a return (adjusted for inflation) to the cost first assessed by the Obama administration in 2010. It’s making a comeback after the whole idea of an SC-CO2 was effectively kicked to the curb by the Trump administration, which managed to slash the metric down to between $1 and $7 per tonne by excluding climate impacts beyond U.S. borders.

The failed reality TV star and noted hoarder of highly confidential documents also disbanded an interagency working group that had been recalculating the social cost of carbon based on a 2017 report from the U.S. National Academy of Sciences (NAS).

The study authors say their research grew directly out of the NAS call for a “major update” of the SC-CO2 metric to improve its “scientific basis, transparency, and uncertainty.”

“The bottom line is that our results show that when you fully update the social cost of carbon methodology to the state of the science… the existing estimates that are in use by the federal government are vastly underestimating the harm,” said study co-author Kevin Rennert, a research fellow at Resources for the Future.

The new research also lowered the discount rate—a method of measuring future costs and benefits—on the risk of sea level rise and other climate impacts. “A lower discount rate implies a higher cost to inaction,” the Post says.

Yet even tripling the social cost of carbon does not represent a full accounting of negative impacts. Events like ecosystem breakdown, a decline in labour productivity, and the “outbreak of war” were not included in the latest calculations.