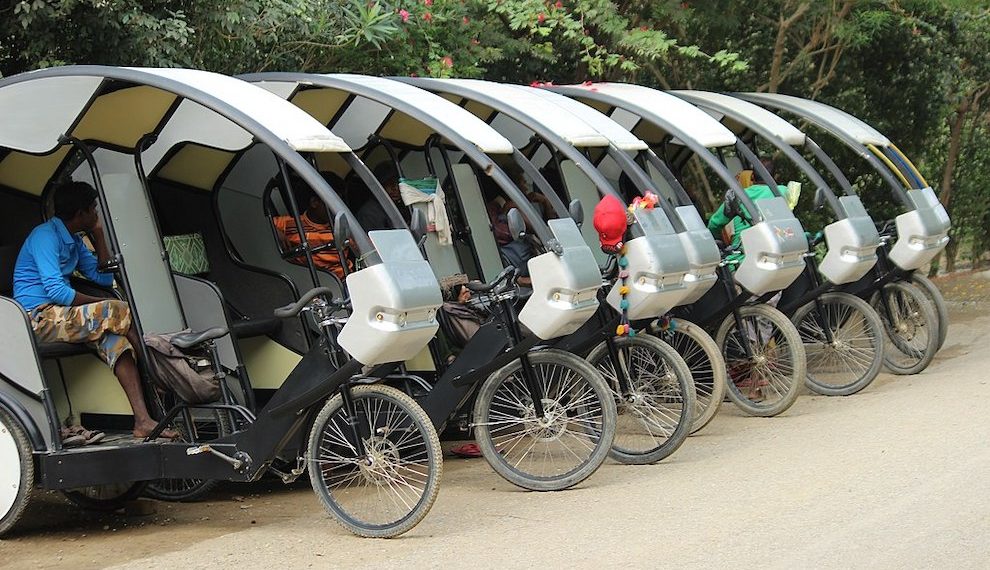 While luxury car buyers are propelling the electric vehicle revolution in North America, India’s EV transition is rolling forward on cheap and agile two- and three-wheelers.

Teslas and other electric cars that can cost anything from US$25,000 to upwards of $60,000 are out of reach in a country where the median income is $2,500, reports the New York Times. So sturdy, affordable, and nimble electric mopeds and three-wheeled rickshaws that sell for as little as $1,000 are a more likely sight on Indian streets, “cheered on by environmentalists and the government as a way to clear some of the oppressive smog.”

Of the 430,000 EVs Indian automakers sold last year—more than three times the count for 2020—only 18,000 were cars. Electric mopeds and rickshaws are much cheaper to run: EV rickshaw drivers can swap out depleted lithium-ion batteries for about half the cost of refueling a gas-powered unit.

Their small size and ability to withstand less-than-ideal road conditions are also incentives, in India and elsewhere in the developing world.

“India is like a very nice microcosm of the rest of the world,” he added. “If we can build it here, it will be very relevant beyond.”

With the Narendra Modi government and India’s auto industry going all-in on affordable EVs, a combination of market forces and subsidies has “made electric mopeds and rickshaws as cheap as or cheaper than internal combustion engine models,” the Times says.

So “for a couple of hundred dollars, some start-ups are converting combustion engine to battery power.”

The urgency to reduce air pollution in India’s larger cities, especially Delhi, is one of the key drivers behind the EV push. “Battery-powered vehicles will not eliminate that pollution since three-quarters of India’s electricity comes from coal-fired power plants,” the Times writes. But “even electric models that get their energy from coal plants are generally responsible for less greenhouse gases overall than gasoline models.” India is also accelerating investments in solar, having pledged to get half its energy from sources other than fossil fuels by 2030.

One of the companies working hard on India’s EV revolution is Sun Mobility. The company operates 70 battery swapping stations in New Delhi and plans to build a 500-station network nationwide by the end of 2022.

Company owner Chetan Maini said the plan is to provide modular batteries, where one would be sufficient for a moped, two for a rickshaw, and four for a car. “It’s not an India solution,” he declared. “It’s a global solution.”