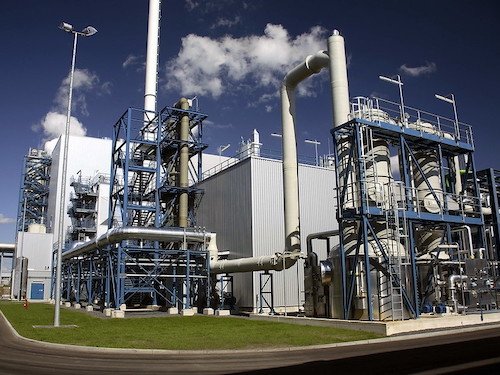 After a half-century of research and development, carbon capture and storage projects are far more likely to fail than to succeed, and nearly three-quarters of the carbon dioxide they manage to capture each year is sold off to fossil companies and used to extract more oil, according to a sweeping industry assessment released today by the Institute for Energy Economics and Financial Analysis (IEEFA).

The report lands just as analysts in the United States warn of major verification problems with a CCS tax credit that received a major boost in the Biden administration’s new climate action plan, and as Canadian fossils lobby for more tax relief to match what’s becoming available in the U.S.

One of the case studies in the 79-page IEEFA report [pdf] concludes that the troubled Boundary Dam CCS project in Saskatchewan has missed its carbon capture by about 50%. The 13 “flagship, large-scale” projects in the analysis account for about 55% of the world’s current carbon capture capacity, the institute says in a release.

Those 13 projects captured a grand total of 39 million tonnes of CO2 per year, the report found, about one one-thousandth of the 36.3 billion tonnes that emitters spewed into the atmosphere in 2021.

“CCS technology has been going for 50 years and many projects have failed and continued to fail, with only a handful working,” said report co-author Bruce Robertson, a veteran investment analyst and fund manager now serving as IEEFA’s energy finance analyst for gas and LNG. The report, co-authored by energy analyst Milad Mousavian, concludes that seven of the 13 projects underperformed, two failed outright, and one was mothballed.

“Many international bodies and national governments are relying on carbon capture in the fossil fuel sector to get to net-zero, and it simply won’t work,” Robertson said in the release. Though there is “some indication it might have a role to play in hard-to-abate sectors such as cement, fertilizers, and steel, overall results indicate a financial, technical, and emissions reduction framework that continues to overstate and underperform.”

Robertson said the two most successful projects in the study, both of them in Norway, benefitted from the country’s “unique regulatory environment” for fossil companies.

When CCS or carbon capture, utilization and storage (CCUS) projects did succeed, it was usually in the natural gas processing sector, where CO2 has to be removed to deliver a marketable product, IEEFA explains. But that’s often the CO2 that is handed off for Enhanced Oil Recovery (EOR), a process that involves injecting the gas into declining oil wells to boost their production. Canada’s new CCS tax credit excludes EOR projects, but IEEFA says 73% of the CO2 captured across the 13 projects in the study was used for that purpose.

“Producing the primary usable product (i.e. natural (methane) gas) is impossible without separating CO2,” the report states. “This explains why the sector has been using carbon capture technology for decades, not necessarily as a climate-friendly solution, but as an inevitability to produce the fossil fuel natural gas. On top of that, selling the captured CO2 primarily to oil producers for enhanced oil recovery improves the economic viability of gas development projects.”

The other “elephant in the room”, IEEFA says, is that CCS attached to a fossil gas project only applies to the carbon pollution released while a field is in production. It does nothing to reduce the 80% or more of total emissions that occur when the product reaches its final customer and is burned.

“It is obvious that CCUS in the sector is not about reducing Scope 3 emissions from the final combustion/use of gas,” the report says. “Rather, it is about minimizing production-related Scope 1 emissions from gas with excessive CO2 content. This is in contrast to most other CCUS applications in the industrial and power sector, which aim to minimize the emissions coming from the end consumption of fossil fuels.”

That means it makes no sense to declare a carbon capture project attached to a new gas project climate-friendly. “Even if the CCS/CCUS facilities work at their capacity (which has not been the case historically, barring some exceptions), such projects could only manage a minor proportion of [their] value chain emissions.”

The IEEFA analysis coincides with a furor over the 45Q tax credit for CCS operations in the United States that served as a reference point, if not a model, for the C$2.6-billion subsidy introduced in the Trudeau government’s 2022 budget. The U.S. tax measure dates back to 2008, and “by 2021, 12 large projects were using 45Q federal tax credits to capture carbon dioxide from the smokestacks of industry and inject the gas into the ground,” Oil & Gas Watch reports, citing a report by the non-partisan U.S. Congressional Research Service. The Inflation Reduction Act that U.S. President Biden recently signed into law contains billions in new tax incentives for CCS.

But “about half of the carbon sequestration credits claimed by industry over the last decade were later revoked by the [U.S. Internal Revenue Service] because the companies failed to monitor or verify their capture of the greenhouse gas” as required by the Environmental Protection Agency, Oil & Gas Watch says. Of the $894 million that companies claimed between 2010 and 2019 without monitoring, reporting, and verification (MRV) plans in place, enforcement officials disallowed about $531 million, according to IRS Commissioner Charles P. Rettig.

Of the 10 companies that claimed the largest share of the more than $1 billion in CCS tax credits, seven had no MRV plans.

With the new U.S. legislation now in place, Oil & Gas Watch says its public database shows at least 29 proposed oil, gas, and petrochemical facilities across the U.S.—including 12 nitrogen fertilizer plants, and seven LNG terminals and three petrochemical and plastics plants—that are planning to use CCS techniques.

But neither the shaky nature of the technology nor the growing controversy south of the border is stopping Canadian fossils from demanding more generous taxpayer backing for their own CCS ventures. “Canada’s oil and gas industry is asking the federal government to increase its planned tax credits for carbon capture projects, so the country is able to keep pace with new credits introduced in the United States,” the Globe and Mail reported Monday. “Failure to do so, industry figures say, could put Canadian companies that want to invest in emissions-reducing technology at a competitive disadvantage.”