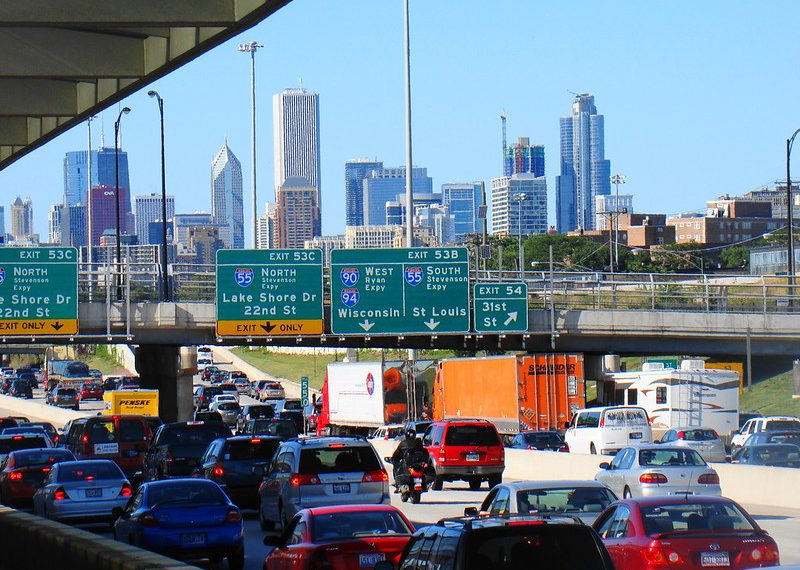 The fire broke out August 24 at a BP refinery in Whiting, Indiana, 25 kilometres outside Chicago. According to the BP website, it’s the company’s largest refinery and produces enough gasoline every day to fuel about seven million cars.

“The fire was limited to a single electrical system and quickly extinguished but led to a loss of utilities in other parts of the refinery,” said Christina Audisho, Media Relations Manager for BP America Inc., in an email to The Energy Mix.

Within two days of the fire, representatives from Wisconsin, Illinois, Indiana, and Kentucky met with the company to discuss the “adequate supply of gasoline.” That same day, at least one of the governors, Wisconsin’s Tony Evers, wrote to the U.S. Environmental Protection Agency (EPA) requesting “urgent action.”

“BP Whiting provides about 25 to 30% of the fuel that we use in Wisconsin,” said Evers. “BP cannot assure adequate supply of gasoline to the state during this shutdown period.”

The U.S. Department of Transportation declared a regional emergency for all four states on August 26, lifting restrictions on the maximum driving time for truckers transporting gasoline, diesel, and jet fuel.

“While big energy proponents talk about the efficiency of large facilities, they fail to address their vulnerabilities,” he told The Mix. “It’s high time we calculate those costs and realize the wise economics of a more dispersed energy system, particularly one that includes multiple, low-cost, safe, and environmentally sound energy projects.”

The shutdown comes just ahead of the harvest in much of the U.S. Midwest, and Forbes reported U.S. gasoline supplies are at their lowest August levels since 2015.

The four states asked the EPA for a temporary waiver of the Reid vapor pressure requirements for gasoline, regulated under the U.S. Clean Air Act.

The EPA responded the next day by issuing an emergency fuel waiver to continue through September 15. The waiver temporarily allows gas stations and other fuel providers to sell fuels that evaporate faster and produce more ozone chemicals.

The rules are there to reduce emissions from gasoline that contribute to ground-level ozone and related health problems. Less than a year ago, in December, 2021, the Whiting refinery reached a government-negotiated settlement for US$500,000 with environmental groups over multiple breaches of the Clean Air Act, involving the same regulatory requirements that have now been waived.

Evers said the waiver was needed due to “highly volatile fuel prices and high demand for gasoline when supplies are already disrupted,” citing the coming Labor Day weekend as a “busy automobile travel period.”

Indiana Governor Eric Holcomb declared an emergency in an executive order temporarily suspending any state-level inspection or enforcement requirements for gasoline and gasohol.

Michigan Governor Gretchen Whitmer joined Holcomb in declaring an energy emergency. Her executive suspended all state-level requirements, enforcement, or inspections related to both the fuel requirements and maximum driving times.

Meanwhile, “our team is making significant progress and working toward a phased restart of the refinery,” Audisho said Wednesday. “BP has deployed all available resources and is working around the clock to bring the Whiting refinery back to normal operations as soon as safely possible.”

This latest fire came almost 67 years to the day after a major explosion at the same refinery killed two people, including a three-year-old boy, and caused $10 to $30 million ($110.6 to $331.8 million in today’s dollars) in damages. Back in 1955, one woman told the local newspaper, “I thought the sun had exploded and that this was the end of the world.”