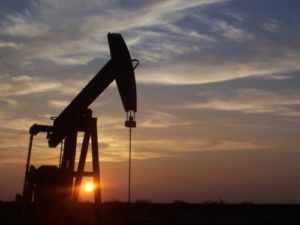 Despite pledges to phase out inefficient fossil fuel subsidies, the world’s major economies moved to offset rising consumer energy prices in 2021 by nearly doubling consumer supports rather than investing in renewable energy.

“Fossil fuel subsidies are a roadblock to a more sustainable future, but the difficulty that governments face in removing them is underscored at times of high and volatile fuel prices,” said International Energy Agency (IEA) Executive Director Fatih Birol. “A surge in investment in clean energy technologies and infrastructure is the only lasting solution to today’s global energy crisis and the best way to reduce the exposure of consumers to high fuel costs.”

“Russia’s war of aggression against Ukraine has caused sharp increases in energy prices and undermined energy security. Significant increases in fossil fuel subsidies encourage wasteful consumption, though, while not necessarily reaching low-income households,” said Mathias Cormann, secretary general of the Organisation for Economic Co-operation and Development (OECD). “We need to adopt measures which protect consumers from the extreme impacts of shifting market and geopolitical forces in a way that helps keep us on track to carbon neutrality as well as energy security and affordability.”

The statistics were released on Monday in a collaborative analysis of complementary databases maintained by the two international agencies. It shows consumer supports for fossil fuels rising from $362.4 billion in 2020 to US$697.2 billion in 2021. The organizations say governments increased subsidies in response to rising energy prices as the global economy rebounded after the COVID-19 pandemic.

The increase was even more dramatic because consumption subsidies had fallen significantly in 2020, from a total of $615.3 billion in 2019. But they’re expected to continue increasing in 2022, in line with increasing energy demand and fuel prices.

The IEA and the OECD call for economies to phase out inefficient fossil fuel supports while investing in low-carbon alternatives. They also urge countries to remove subsidies intended to support low-income energy users that instead tend to favour wealthy households that use more energy and replace them with more targeted forms of support.