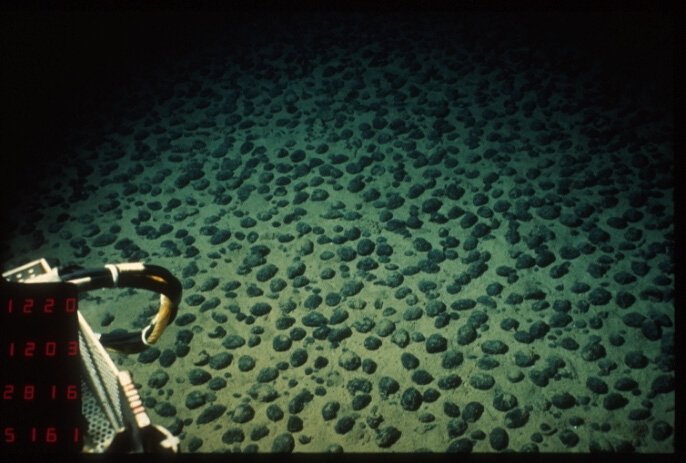 As a Canadian deep sea mining company pushes to consummate its 15-year “courtship” of the United Nations agency responsible for overseeing the equitable, ecologically safe extraction of seabed resources, a new investigative report is raising flags about the deal and its impacts.

The story centres on the world’s first industrial-scale mining site in international waters, a section of seabed about 1,500 miles southwest of San Diego that may contain enough cobalt, copper, and nickel to supply 280 million electric vehicles according to Vancouver-based The Metals Company, the Vancouver-based mining start-up that is promoting the project.

Under the 1994 Convention on the Law of the Sea, the deep sea mining that may soon begin in the Pacific Ocean is meant be undertaken for the good of all, and especially the world’s poorest. But a very long paper trail of documents and emails dating back 15 years points to a far less just outcome, reports the New York Times.

The company hopes to have work under way by 2024.

Through interviews and examination of “hundreds of pages of emails, letters, and other internal documents,” the Times links that exclusive access to The Metals Company’s intense “courtship” of the International Seabed Authority (ISA).

Beginning in 2007, the Times says the ISA repeatedly skirted close to violating its mandate. One email trail has then-ISA legal counsel Michael Lodge working with The Metals Company, then operating as Nautilus, to free up access to classified data on seabed resources. Lodge is now entering his seventh year as ISA secretary general.

The email trail had ISA staff sounding alarms about ethics breaches, “including a revolving door of consultants and staff lawyers who have worked for companies with matters before the agency.”

At one meeting of the agency’s governing body last year, “a Metals Company contractor was among a group of businesspeople who roamed freely among the international delegates as they debated agenda items, including the firm’s request for the authority to sign off on a plan to test mining equipment,” writes the Times.

The ISA also stands to directly benefit from the success of The Metals Company, the news story states. At last report, the miner will “pay an undetermined royalty fee to the Seabed Authority once commercial mining [begins].”

As for the Pacific Islands nations of Nauru and Tonga which were likewise courted by The Metals Company, a Tongan community representative told the Times the company offered a “mining production fee” of just US$2 per ton.

“That payment would amount to less than half of one percent of the firm’s total estimated value of the mined material,” the Times notes.

The Metals Company “set out to game the system and use a poor, developing Pacific nation as the conduit to exploit these resources,” former Tongan parliamentarian Lord Fusitu’a told the Times.

The Metals Company declined to comment on the fee payment to Tonga or any potential production fee to Nauru.

The Times traces a Canadian venture capitalist’s exclusive access to such a vast swath of ocean floor to current seabed mining rules, under which “any nation can seek permission to conduct surveys to identify mining sites”. Nations must then immediately surrender half of all promising sites to the ISA, which is mandated to “set them aside as ‘reserved areas’ where less developed countries can initiate their own projects.” Some 518,000 square kilometres (200,000 square miles) have been reserved to date.

But the Authority has failed to develop the unit intended help developing countries pursue mining efforts independently, Ghanaian mining engineer and former ISA secretary general Nii Allotey Odunton told the UN in a 2011 speech. So “the only realistic option for most developing states therefore was to form partnerships with commercial interests that have access to the financial capital and technology necessary to conduct deep sea exploration.”

That’s how nearly half of the total reserved area ended up assigned to The Metals Company.

“These venture capital-backed companies can smell the desperation in these small island economies,” Maureen Penjueli, coordinator of the Fiji-based Pacific Network on Globalization told the Times.

The Times has more on the mining technique The Metals Company plans to use and the ISA’s response to calls for a more thorough environmental assessment.