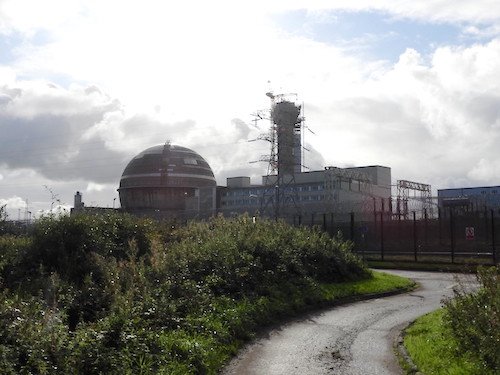 Nuclear utilities are being forced to buy realistic insurance coverage for the first time ever for the catastrophic accidents the power plants could produce, under a new international treaty that has landed the industry with an enormous and increasing bill for annual premiums.

Up to now, the industry was only liable for £140 million/€165 million in damages for any individual  accident, with the government in the country where the disaster occurred paying any excess. But under the new agreement, which took effect January 1, their liability has increased to €700 million this year and will increase by €100 million a year until it reaches €1.2 billion per accident in five years.

The decision adopted December 17 by all OECD countries ended a deep disparity that dates back decades. Other electricity producers and anti-nuclear campaigners have been pointing out that this amounted to a massive subsidy for the industry, and unfair competition for electricity producers which had to pay all their own insurance costs.

As a result, a new deal was negotiated in 2004 under the 1960 Paris Convention on Third Party Liability in the Field of Nuclear Energy. The result is a dramatic rise in the compensation demands the nuclear industry could face in the case of any single accident, hence the larger premiums.

The industry will itself have cover up to €1.2 billion for each accident, with governments underwriting another €300 million if necessary.

For a company like utility giant Électricité de France (EDF), already deeply in debt and struggling with cash flow, rising insurance premiums will add another headache. An insurance bill of €240 million in 2020 will increase dramatically, since the total liability in case of an accident increases almost 10-fold. This will probably leave the company paying more than €1 billion annually to secure coverage. EDF would not disclose how much the premiums had risen.

Even the United Kingdom’s Nuclear Decommissioning Authority (NDA), which deals with waste rather than operating stations and is therefore less likely to face a catastrophic accident, has seen its insurance costs double this year, from £11 to £23 million—and the Authority acknowledges that premiums will rise substantially every year until 2027.

Low-risk sites operated by the NDA which once faced a maximum insurance liability of £10 million now have a maximum of €70 million. The new totals are €160 million for facilities deemed at “intermediate risk”, and €80 million for transportation of nuclear material like flasks containing spent fuel rods from nuclear power stations which are sent to Sellafield, in Cumbria, for storage.

But despite almost two decades of negotiation between countries, the insurance industry, and nuclear companies, the UK government disclosed this month that it still cannot get the private insurance market to take all the risks. So the government has been forced to underwrite the potential damages for increased personal injury liability over the 10- to 30-year period. For each individual site, the increase is between €70 and €160 million.

Although this is still a considerable subsidy for the industry, it is a large reduction on previous years, when almost all insurance costs were borne by nuclear states.

Until this year, countries had been prepared to give open-ended insurance to the industry, without asking companies to pay. But they eventually accepted this long-standing practice was giving nuclear operators an unfair commercial advantage over both fossil fuels and renewables.

The new system was forced on governments because the insurance industry was not prepared to take the risk of a Chernobyl- or Fukushima-type accident. Instead, governments that wanted a nuclear industry had to agree that taxpayers would foot the bill for the costs of any catastrophe and compensate the victims.

While this is still well below the potential costs that would be incurred by a single major nuclear accident on the scale of Fukushima in 2011 it still leaves the industry to foot the bill for a very large increase in premiums.

The main reason the new provisions have taken so long to implement is that insurance industry was still reluctant to take on the risk. Another factor was a provision that extended the time over which victims of nuclear accidents could ask for compensation from 10 to 30 years.

The London-based Nuclear Risk Insurers (NRI), with a membership of 29 UK insurance companies, has been negotiating with the nuclear industry and the UK government for 10 years. As well as increasing the amount of compensation, the agreement also had to factor in compensation for damage to the environment, and widen claims to a potentially larger number of victims including inhabitants of neighbouring states—for example non-nuclear Ireland.

“Nuclear insurance ensures the statutory liability limits set by international conventions and national laws can be met, thus providing the social licence that allows nuclear sites to operate,” NRI Managing Director Mark Popplewell said last fall. But the NRI declined to comment on how much it was charging the industry for the new coverage, asserting that those terms were “commercial in confidence.”

Fossils Can Cut Methane Emissions to ‘Near-Zero’ When Regulators Get Serious, Study Shows