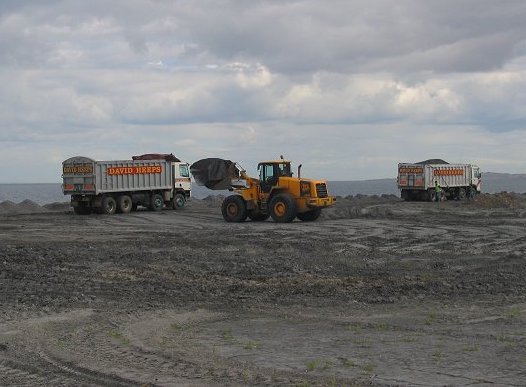 For redlined communities like one in South Memphis, Tennessee, a win for grassroots advocates against environmental racism can be quickly followed by new threats and greater losses.

Residents of an 80% Black community were able to stop two oil and gas industry giants from building a pipeline under their neighbourhood, reports the Washington Post. They rejoiced last July when they heard they had won. “But it didn’t last long.”

“Just two weeks after Valero Energy Corp. and Plains All-American abandoned their pipeline bid, the Tennessee Valley Authority (TVA) announced its plan to truck millions of tons of contaminated coal ash through south Memphis for nearly 10 years and dump it in a landfill there,” the Post says.

High-emission industries constantly muscle their way into communities of colour already “teeming with pollution,” the Post adds. With the initial pipeline plan, a land agent contracted by the companies described the move as selecting a “point of least resistance.” Though Plains All-American claimed the agent misspoke, the remarks strengthened local opposition, and eventually the pipeline was cancelled.

Around the time the pipeline plan was proposed, opposed, and withdrawn, TVA—the nation’s largest public utility—was developing its own plan for its coal ash trucks. The announcement “hit many residents like a blow to the gut,” says the Post. The trucks were TVA’s solution to deal with a pile of toxic coal dust that had accumulated over five decades outside a coal-fired power plant.

The dust pile had already contaminated nearby surface water with 300 times the legal limit for arsenic, and experts were concerned it would also affect the underlying aquifer that is Memphis’s only water source. Though water from the aquifer was still testing at safe levels, TVA agreed to address the issue by hauling away the coal ash and burying it, at a cost of US$300 million.

TVA says the plan is “the right thing for the citizens of the state of Tennessee,” contending that the selected truck route largely avoids residential areas, says the Post.

But community advocates say the utility’s statements are misleading, with residential neighbourhoods closely located along the route and only nominal buffers protecting them from the traffic and pollution.

“Even when the windows are closed, I can still smell exhaust in my den,” said Kimberley Davis, a 46-year-old Internal Revenue Service employee who lives in the community of Whitehaven near the Interstate-55 highway.

“I was having issues with sinuses and with breathing, and I didn’t really understand why,” added Davis, who runs a pair of air purifiers every time she cracks open a window. “I just really believe that it has a lot to do with the heavy pollution in the area.”

The area’s lifetime cancer risk is abnormally high. The life expectancy, at 67 years, is eight years below the state average—and a staggering 12 years lower than the average in nearby wealthy white neighbourhoods.

Advocates also say TVA failed to communicate and engage effectively with the community, with public records revealing the agency made its decision six months before announcing it—after the pipeline fight was resolved.

“It’s not the number of meetings but the quality of the engagement that matters,” said Amanda Garcia, director of the Southern Environmental Law Center in Tennessee.

The pressures of environmental racism are not new to South Memphis, where residents have been struggling with industrial pollution for decades, the Post writes. A decade-old study found it was already among the most air-polluted locations in the country, the area’s air pollution has grown steadily worse over time —and now residents have few options to resist TVA’s latest ash trucks.