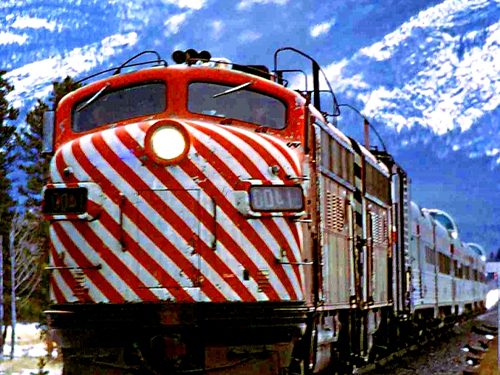 A United States start-up is cooking up a plan to mount direct air capture (DAC) technology on trains to remove carbon dioxide from the atmosphere at a much lower cost than stationary systems.

The train-based concept could capture carbon dioxide (CO2) for less than US$50 per tonne, says tech magazine IEEE Spectrum. Stationary systems can cost US$250 to US$600 per tonne, depending on the scale and technology used, according to the World Resources Institute.

Of the 20 DAC projects around the world at present, most use large fans to pass air over solid or liquid materials that adsorb CO2, IEEE Spectrum says. The materials are expensive and must be heated to eventually release the captured CO2. “Unhelpfully, the heat usually comes from burning fossil fuels.”

Published recently in the journal Joule, a new concept by CO2Rail cuts costs by putting the capture system on a train car. “Large vents in the retrofitted train cars would allow air to blow over a sorbent material filled in a chamber, eliminating the need for energy-intensive fan systems,” IEEE Spectrum says. The heat needed to release the CO2 would come from the train’s braking system, which usually blows off waste heat from the top of the train.

The study authors say the technology could harvest “meaningful quantities of CO2,” about 6,000 tonnes per year, at far lower cost than existing systems.

“These kinds of numbers are unheard of in direct air capture,” said study co-author Geoffrey Ozin, a chemistry professor at the University of Toronto. CO2Rail is partnering with the university to determine the concept’s feasibility.

“At these price points and with its capabilities, rail DAC is likely to soon become the first megatonne-scale, first gigatonne-scale, and overall largest provider of direct air capture services in the world,” Ozin added.

As the authors envision it, the system would collect, concentrate, and store the trapped CO2 in a liquid reservoir, which would be emptied from the train when enough was harvested. From there, in theory, it could be transported into a circular carbon economy or to nearby carbon sequestration sites, says Science Daily.

Rail DAC could also have broader benefits for transportation systems by encouraging more widespread use of rail instead of less-sustainable trucks.

“The infrastructure exists,” said Ozin. “That’s the bottom line. All you need to do is take advantage of what is already available.”