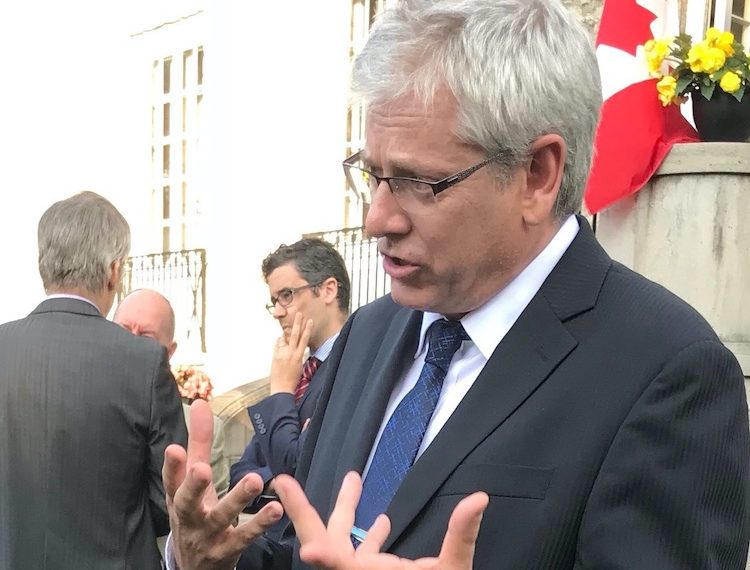 An NDP Member of Parliament is hinting that his party’s continuing support for Prime Minister Justin Trudeau’s minority government might hinge on a “big financial commitment” to a just transition for fossil fuel workers and communities.

“This is one of the single biggest issues for us,” veteran MP Charlie Angus, the party’s critic for natural resources jobs, told the Toronto Star last Wednesday. “The government has to deliver if we’re going to continue working together.”

Angus’ remarks, which followed adoption of a massive, new climate action plan in the United States last week, focused on what the Star calls a “vague” promise to move “forward with Just Transition legislation” as part of the NDP’s deal last March to support the Liberals in major House of Commons votes. Trudeau first promised a just transition bill during the 2019 federal election, and climate, energy, and trade union advocates have long been concerned that the details are taking too long to emerge.

The northern Ontario MP said he sees just transition as the most important issue facing Parliament, adding that any funding for new clean energy infrastructure should be tied to well-paying jobs, the Star says.

“I have enormous respect for [Natural Resources Minister Jonathan] Wilkinson, and I think they are sincere, but we’re feeling the time is ticking on what can be done in this Parliament,” Angus told the Star’s Alex Ballingall. “And we’re certainly feeling that from labour, that they are not buying the rosy talk about ‘Just Transition.’ They want to know, what does this actually look like for us and our families?”

Wilkinson press secretary Keean Nembhard wouldn’t commit to a timeline for just transition legislation, referring only to the billions Ottawa has invested to “support a just transition to a clean economy,” the Star writes. But a senior federal official said the vision for a just transition regime “already extends beyond the promised law and a pledge to create a new ‘clean jobs training centre,’ but will also include a ‘broader plan’ across the government to support workers in the green energy shift,” Ballingall writes.

The unnamed official said the government’s just transition talks with the NDP have been “surprisingly collaborative and productive”. Alberta Federation of Labour President Gil McGowan, a longtime just transition advocate, said discussions with the government have been “very constructive” so far, but must ultimately support workers and create jobs through the “paradigm shift” to a green energy economy.

“Like it or not, change is coming,” McGowan told Ballingall. “The world has started that process of moving away from fossil fuels, and we can’t sugar-coat it.”