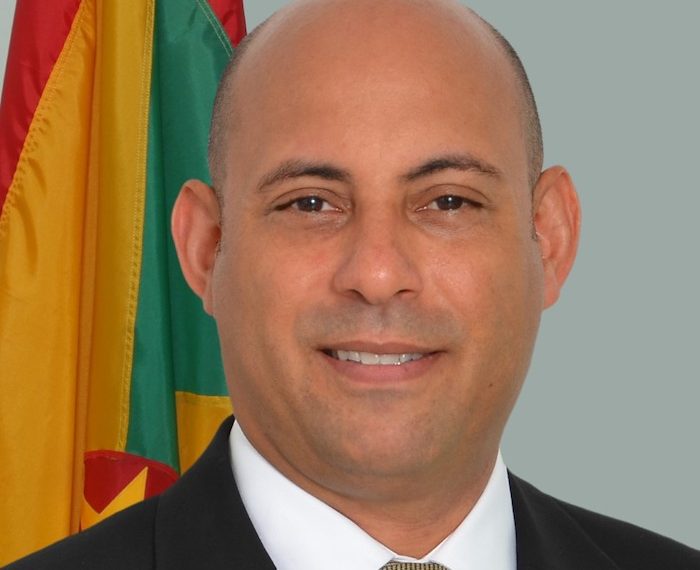 A strong voice for small island states is taking the helm of United Nations climate negotiations with the appointment of Grenada’s former environment minister, Simon Stiell, as the new executive secretary of the UN Framework Convention on Climate Change (UNFCC).

“Stiell is a veteran advocate for climate ambition from a vulnerable Caribbean island state,” writes Climate Home News. “On the global stage, his calls for rapid reductions of emissions have put him at odds with big emerging economies like China, while his lobbying for climate finance has met resistance from rich countries like the United States and European Union.”

Some observers were surprised that Stiell was appointed instead of a candidate from Africa or Asia, since he is now the third consecutive appointee from the Americas, said Christiana Figueres, who led negotiations leading to the 2015 Paris Agreement during her own term as UN climate secretary.

“However, the decision underscores the exponentially growing vulnerability of low-lying island states as well as many other regions of the world in the face of insufficient action,” added Figueres, a diplomat from Costa Rica.

Foreign Policy writes that Stiell’s personal history—with experience in both private and public sectors—made him a strong candidate for the position. He went to the United Kingdom in the 1990s to study engineering and business and remained there working for technology companies before returning to Grenada to start a property development business. There, he became chair of the tourism board and vice-president of the chamber of industry and was eventually appointed to the country’s senate in 2016. Stiell led ministries of agriculture and education before becoming Grenada’s minister for climate resilience in March, 2018.

He has advocated for small island states at international forums while also dealing with domestic issues like tourist resort development and plastic waste pollution. He also promoted rapid emissions reductions as a chair of the High Ambition Coalition, an alliance between rich countries like the EU and poorer, vulnerable ones like Grenada, Climate Home News says.

He has been a strong advocate for rich countries to fund the adaptation and mitigation efforts of small island states. Wealthy nations—which have been breathtakingly slow to mobilize the US$100 per year billion promised to developing countries at the 2009 UN climate summit in Copenhagen—say they still intend to provide the funding, but have been postponing the timeline for turning words into action, writes Foreign Policy.

When rich countries once again failed to address the issue at the COP 26 summit in Glasgow last year, Stiell tweeted that “the issue of Loss and Damage will not go away. We will be back!” ‘Loss and damage’ is a UN term referring to the harms caused by climate change—when extreme weather events or slower-moving disasters disrupt lives, livelihoods, and infrastructure— disproportionately felt by poor nations that did the least to cause the climate crisis.

Stiell was paired with Danish Environment Minister Dan Jørgensen to lead consultations at Glasgow. Together, the two held discussions on how countries can accelerate emission reductions before 2030, to improve the odds of limiting average global warming to 1.5°C. As a result, several countries agreed to “revisit and strengthen” their 2030 climate plans before the end of 2022, though no one has yet followed through on those commitments, Climate Home writes.

Now, in a moment of rising geopolitical tensions and a global energy price crisis, Stiell will face the task of pulling and prodding countries back on track to meet their climate targets, writes the Guardian.