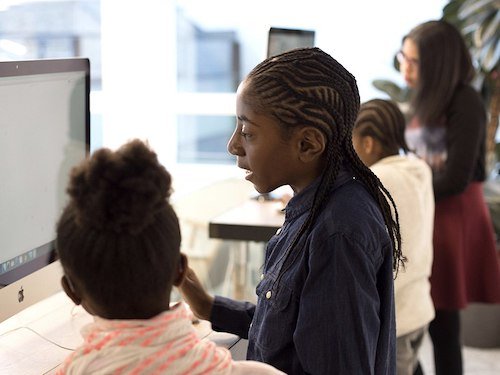 Prompted by their growing awareness of the climate crisis as an existential threat, and a desire to use their skills to help fight that threat, tech workers are leaving plum jobs at companies like Google for climate work, sometimes at lower salaries, that matches up with their values.

Sandy Anuras is one of a number of tech experts who recently spoke with CNBC about her decision to leave the high-flying world of high tech for the trenches of the climate fight. The former vice president of global marketing technology at Expedia left her position in March to become chief technology officer at home solar giant Sunrun.

Anuras traced the decision to work for Sunrun to a long-standing desire to work at a mission-first, rather than profit-first, company. It was her concern for the security of the world’s poorest in the face of the climate crisis, which Anuras recognizes as her generation’s greatest problem to solve, that brought her to Sunrun.

Her shift out of travel tech was also a result of her growing discomfort with how some tech companies have made decisions that “prioritize profits over democracy,” she said.

Former Google employee Tom Melendez has spent the past three years working at MethaneSAT, an affiliate of the Environmental Defense Fund. He told CNBC that while he enjoyed his previous work, especially early in his career, he eventually felt troubled that the work he was doing was “important to the company,” but not to him.’

“I genuinely am afraid of the world that we’re leaving these folks and what can I do to help?” said Melendez, a father of two teenagers. “Me pushing bytes around at Google” was not it.

Melendez was able to absorb the pay cut that accompanied his move to MethaneSAT because he made enough working at Google for five years to buy his own home. “Having a steady housing situation ends up being a key factor in whether people can move to a lower salary in exchange for work they find meaningful,” CNBC says.

It isn’t the only factor, however. Some tech sector employees hesitate to make the move because they don’t know how their skills will match up with available climate jobs. But job search websites like Climatebase have eased the transition for many tech sector workers. Since its launch two years ago, Climatebase has seen “more than 600,000 people using it, poring over more than 40,000 job listings from more than 3,000 climate tech companies and environmental organizations,” CNBC says.

Work on Climate, a non-profit that helps “disgruntled techies” find their groove again in climate action, was co-founded by Eugene Kirpichov, another former Google employee. In Kirpichov’s case, it was anxiety about the climate crisis, not disenchantment with Big Tech, that prompted him to focus his energies on the climate fight.

“Eventually, it just got to the point where I couldn’t justify to myself why I’m still doing something that isn’t climate,” he told CNBC, tracing a round of “exhaustive reading” that began after he watched All Gore’s “An Inconvenient Truth during an airplane flight.

When Kirpichov left his job at Google, he posted a message on his LinkedIn page explaining his departure.

“The reason I’m leaving is because the scale, urgency, and tragedy of climate change are so immense that I can no longer justify to myself working on anything else, no matter how interesting or lucrative, until it’s fixed,” he said. “I’d be lying if I didn’t say that I think others, who have the privilege of being able to do so, should follow suit. I like to frame the problem positively as ‘how much can we save,’ and every one of us can have a hand in saving something.”

The response to his post was “effusive,” CNBC writes. “It turns out there are just so many people who are in the same boat,” Kirpichov said.