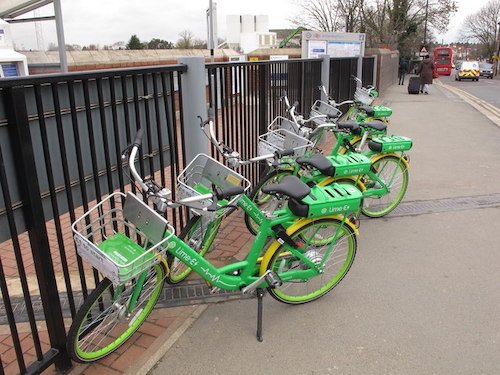 On every energy transition metric that matters, e-bikes leave electric vehicles (EVs) behind in the dust, and policy-makers currently swooning over the latter must take note, says Canadian sustainable design expert Lloyd Alter.

When the United States Conference of Mayors recently asked its 103 members to pick the “most promising technology for reducing energy use and carbon emissions in cities,” 53% picked “all-electric vehicles,” a category clearly referring only to cars and trucks. The vote reflected how few policy-makers understand that a mass uptake of e-bikes would make the energy transition both swifter and more fair, Alter writes, in a recent opinion piece for TreeHugger.

He adds that the Conference of Mayors referred to e-bikes not once in its 20 pages.

It’s a policy gap that does not exist in Europe, where policy-makers are promoting e-bikes “for use everywhere,” Alter says, citing recent research by the University of Leeds Institute for Transport Studies.

While 20 kilometres is the maximum distance that most people would be willing to ride an e-bike, that radius “puts 86% of the American population within range of e-bike use,” Alter writes. In that light, “the almost single-minded focus on e-cars seems so misguided when a faster and fairer approach would be to try to reduce the number of cars and make space for the safe and secure use of bikes and e-bikes.”

The Leeds study also explored the link between e-bikes and equity, with e-bikes so much cheaper to own and operate than four-wheeled EVs.

“Mass uptake of e-bikes” will also lead to “a significant early contribution” in reducing transport emissions, while asking much less of the power grid, the study found. E-bikes are a double boon to the grid because their home chargers run on existing circuits and draw “relatively low power (500 watts to 1400 watts).”

Sharing his own research into the matter, Alter writes that “a little Nissan Leaf carries enough electricity to fill 80 average e-bikes and a Ford Lightning could fill 300 of them.” While “a more sophisticated analysis would take their range into account,” he adds, “it is obvious that an e-bike moves a human a lot further per watt/hour.”

E-bikes also require less material and have lower manufacturing emissions than cars, the Leeds authors say. “An e-bike battery is only 1–2% of the size of an electric car battery, meaning less resource use per e-bike.”