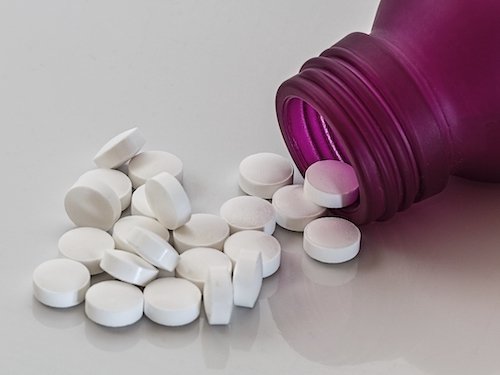 Several common over-the-counter drugs like Benadryl, as well as prescription medications for many common ailments, may increase the health threat of heat waves by affecting the body’s ability to maintain a safe temperature.

“The drugs may interfere with the body’s internal thermostat or impair sweating,” writes Yale Climate Connection (YCC), citing a 2021 review in the renowned medical journal The Lancet. Some medications can alter the body’s ability to redirect blood flow to the skin, “a key way that it cools itself,” YCC adds.

“In hot weather, those side effects could increase the chance of life-threatening consequences, like severe dehydration or heat stroke.”

YCC writes that many health care workers are unaware of the risks of heat and medication interactions. “Most do not routinely counsel their patients about how to stay safe.”

According to the Lancet review, antidepressants like Prozac may increase sweating, increasing risk of dehydration, while other kinds of antidepressants may decrease the body’s capacity to shed heat through sweating.

Anticholinergic drugs, which are used to treat everything from urinary incontinence to allergies (Benadryl) to Parkinson’s disease, may also interfere with sweating, as well as with the body’s internal thermostat.

And dehydration poses risks beyond inhibiting the body’s capacity to cool itself.

Kenneth Mueller, a pharmacist and clinical instructor at the Emory School of Nursing, told YCC that dehydration can lead to higher concentrations of medications in blood, with even slight increases in concentration of drugs like lithium leading to toxic effects. These effects can range from tremors and weakness, to agitation, confusion, and even death.

“Doctors and pharmacists should warn patients about the potential dangers of [these] medicines during extreme heat events,” a spokesperson for the U.S. Centers for Disease Control and Prevention told YCC.

There is an urgent need for more research on the connections between specific medications and their contribution to heat illness, YCC adds, and to communicate findings to the public. That’s at a time when “60% of Americans suffer from at least one chronic disease and 40% have two or more,” with many people over 65 taking “more than five medications.”

A separate study just published in the journal Nature Climate Change has found that “58% of human infectious diseases have been helped along by climate-related disasters, from bacteria like anthrax to viruses like Zika and parasites like malaria,” reports The Independent.

“We need to forget about the idea of adapting to climate change,” moving instead to immediately reduce emissions, said lead author Camilo Mora, a geographer at the University of Hawaii-Manoa. He added that his team has established (and visualized on an interactive website) more than 1,000 ways the climate crisis could aggravate infectious diseases.

The connections include direct connections—like the role of standing water post-flooding in increasing the incidence of malaria or dengue fever—as well as indirect ones, like spikes in gonorrhea after extreme weather events lead to the collapse of community health services.